Andrew Scheer lost the Conservative leadership weeks ago. On Thursday, he only relinquished it officially.

There were going to be new wounds. Even as he broke the news to his MPs, Global News posted a story revealing he used Conservative Party funds to pay for his children’s private-school education. The Globe and Mail and other news outlets had been working on the same story. More Conservatives were going to criticize him. But that was only going to be more torment before the inevitable. He had already lost his party.

Now the Conservatives will face a new leadership race, where the most obvious challenge will be answering the questions that Mr. Scheer couldn’t: how to reconcile social conservatives with swing voters, how to address climate change and how to beat Prime Minister Justin Trudeau.

Those were Mr. Scheer’s leadership challenges, but in back in 2017 he won the party’s support by presenting himself as a candidate who straddled the party’s factions and could keep it united. A month after the 2019 election, none of those factions were calling for him to stay.

That was obviously in large part because of the election results. He weakened the Conservatives in Quebec, left them stalled in Ontario and failed to capitalize on Mr. Trudeau’s weaknesses.

But he also made it worse. After the election, he reiterated he would never march in a Pride parade. Then he slipped out of view for weeks, without calling many of the MPs, defeated candidates and party pooh-bahs whose support he needed. As criticism grew, few spoke up to defend him. It was just a matter of time.

Former Conservative cabinet minister John Baird had been commissioned to draft an election-campaign postmortem, but he hadn’t yet put pen to paper. But he had been talking to party members.

Earlier this week, he had met with members of the party’s Quebec and Atlantic caucuses, and although he didn’t list his conclusions, he acknowledged that communications and the inability to address questions on abortion and same-sex marriage were obvious weaknesses. MPs who were asked what they thought gave Mr. Baird an earful of complaints.

By Wednesday, Mr. Scheer had heard an earful, too.

On Thursday, his hastily announced resignation speech in the half-empty Commons, was touching and upbeat – more like the pre-leader Andrew Scheer. Mr. Trudeau wished him well, then Liberal MPs lined up to shake his hand in a quiet chamber, like he was a widower at a wake.

Now, Conservatives will move on to picking a new leader. There is a wide-open question about who.

The last time, many of the party’s top names – former ministers such as Peter MacKay, Jason Kenney and James Moore – passed on taking on Mr. Trudeau. Mr. Kenney now has a new job as Alberta Premier, so realistically, he cannot run. Some want former interim leader Rona Ambrose to come back. A few outsiders, such as former Saskatchewan premier Brad Wall and former senator Michael Fortier, are sometimes mentioned in Conservative circles.

Dealing with the questions that dogged Mr. Scheer will be the first challenge for all candidates, whether they have answers or not.

One is reconciling the position of the party’s social conservatives with socially moderate swing voters.

Mr. Scheer’s problem wasn’t his policy, but that he couldn’t explain his values to voters. He squirmed when asked about his personal opinions on abortion and same-sex marriage. A candidate with more liberal social views may have fewer problems with suburban voters, but they’d still have to accommodate social conservatives in the party base. Two pro-life leadership candidates garnered significant backing in 2017, and their supporters eventually helped Mr. Scheer win.

In 2019, Conservatives also have to decide if they need a credible climate change plan. In the 2017 leadership campaign, the biggest environmental issue was who hated carbon taxes the most.

But everyone knows the big question for Conservative candidates will be whether they can beat Mr. Trudeau. The Conservative Party wasn’t really even asking that in 2017, when they chose Mr. Scheer. Now they want an answer. 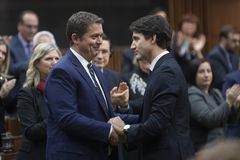 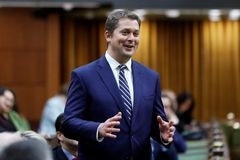