Ashley Smith’s mother and sister say they are furious with the Trudeau government for invoking her name in the rollout of a bill that purports to end solitary confinement in Canada’s prisons – a bill they say is highly flawed.

Coralee Smith and Dawna Ward were in Ottawa Thursday and visited the Senate, where amendments to Bill C-83 are being considered.

“We absolutely do not endorse it and especially did not endorse invoking Ashley’s name to put forward this new bill. Absolutely not,” Ms. Ward said.

Ashley Smith died in 2007 by self-strangulation at Grand Valley Institution in Kitchener, Ont. She was 19 and had spent more than 1,000 days in segregation, moved from institution to institution. Her death continues to spark anger and grief in the eyes and words of her mother and sister.

But their anger is no longer aimed only at the prison guards who videotaped Ashley’s death and did not intervene.

The two women are now also upset with Prime Minister Justin Trudeau and Public Safety Minister Ralph Goodale for pledging to implement recommendations from the inquest that followed Ashley’s death.

That inquest produced 104 recommendations, including a call to end “indefinite solitary confinement.”

“We’re absolutely furious that he invoked Ashley’s name and tried to push forward this ridiculous agenda that has had no significant impact on segregation in Canada,” Ms. Ward said Thursday, speaking of Mr. Goodale’s announcement of Bill C-83 last year.

Last October, Mr. Goodale said Bill C-83 would end the practice of segregating prisoners who pose risks to security or themselves, changes he told reporters were a direct result of the recommendations from the coroner’s inquest.

Under the proposed new law, inmates who do pose risks would be moved to new “structured intervention units,” where they are supposed to get better access to programming and mental-health care than people in solitary do now.

But a number of human-rights organizations say Bill C-83 offers only a cosmetic rebranding of solitary confinement with no hard time limits on isolation or separation of inmates. The current law has such restrictions on the use of segregation when it’s used a disciplinary measure.

Ms. Smith, Ashley’s mother, says renaming segregation cells into structured intervention units does little to address concerns about the devastating mental-health effects of confining prisoners in isolation. Mental illness is often behind the behaviour that makes a prisoner difficult in the first place.

“Segregation by any other name is segregation,” Ms. Smith said. “Segregation is a hellhole. It is inhumane treatment and we really feel it has to have judicial oversight.”

A committee of senators has approved several changes to the bill – including a key amendment to require a judge’s approval to keep an inmate in isolation for more than 48 hours.

Senator Kim Pate, who says she’d prefer the bill be scrapped entirely, sponsored many of the amendments, including adding judicial oversight to decisions about isolation.

“The Correctional Service of Canada is the last branch of the administration of justice to have the Charter [of Rights and Freedoms] applied to it,” Ms. Pate told senators during the committee meeting on Monday. “We have it in bail provisions. We have it in search warrants. We have it in right to counsel. We don’t have it yet in the provision for jailing or isolating within the jail, which is segregation.”

Josh Paterson, executive director of the B.C. Civil Liberties Association, says adding judicial approval to keep an inmate in a structured intervention unit after 48 hours is a “huge step toward trying to ensure this bill is constitutional.”

His organization is among several experts and groups saying they do not believe the bill as originally written would withstand a constitutional challenge.

Both the B.C. Supreme Court and the Ontario Superior Court have delivered decisions saying administrative solitary confinement is inhumane and, in the Ontario decision, unconstitutional if it lasts longer than five days. Both of these decisions are under appeal.

“It’s clear from the Ontario Court of Appeal decision and the B.C. decision that there has got to be a hard time limit on placements in isolation,” Mr. Paterson said Wednesday.

Another amendment passed by the committee would allow the correctional service to have Indigenous groups and community organizations provide more support services to help prisoners from vulnerable populations reintegrate into the community when they are released.

Senator Josée Forest-Niesing tried to introduce a change that would have, in essence, repealed the entire section of the bill that introduces structured intervention units in place of segregation.

Several senators on the committee balked, calling it a gutting of the bill. The amendment was withdrawn on the understanding it would instead be debated by the whole of the Senate at third reading.

Ms. Pate says she intends to support it.

“It would be my hope that we would go much further and work to actually put an end now to practices of isolation, particularly for women, that have been found to inflict irreparable harm and that can amount to torture,” Ms. Pate said Wednesday.

“At the very least, however, we must meet the bare minimum requirements that courts have set out as constitutional imperatives. To do otherwise would be to abdicate our duty as senators.”

The committee plans to include some additional observations as part of its report back to the Senate including concerns that C-83 does not prescribe any training for correctional staff to help them identify and support inmates with mental illnesses. The senators also have concerns about a lack of detail on what kind of therapeutic programming will be offered to inmates who are placed in structured intervention units.

The committee’s amendments must be accepted by the Senate and then by the House of Commons if they are to become part of the law.

Both Ms. Ward and Ms. Smith are urging legislators to adopt the amendments. Without them, more women will die in Canadian jails, Ms. Ward said.

“It’s not about Ashley now. Ashley’s been gone almost 12 years. It is about the fact that what happened to Ashley is still going on,” Ms. Smith said. 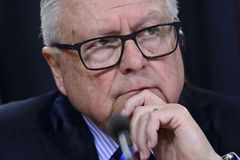 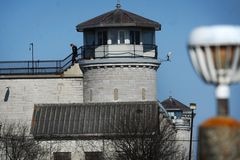