The independent-controlled Senate is under pressure to approve a wide range of major legislation over the coming weeks as the clock ticks down on the life of the current Parliament.

Members of Parliament return to Ottawa on Monday for the final stretch of sitting days before a summer recess that is expected to flow directly into an October election, meaning Parliament is not likely to sit again until late 2019.

Government House Leader Bardish Chagger will introduce a motion this week to extend the sitting hours, forcing MPs to stay late into the evening in order to push the government’s agenda through. In addition, the minister told The Globe and Mail that the government is open to keeping MPs in Ottawa into the summer if required to pass key bills into law.

Top priorities for the government include its latest budget bill and legislation to implement the new free-trade agreement with Mexico and the United States. Two of the most controversial bills are C-48, which would impose a tanker ban on British Columbia’s northern coast, and Bill C-69, which overhauls the review process for major projects such as pipelines.

Independent Senator André Pratte said there is pressure on both chambers to work quickly.

“We have a heavy load [with] many bills in front of us and others coming, so obviously there’s some pressure to adopt all these bills,” he said. Mr. Pratte added that there is also pressure on the government to plan for the likely scenario that the Senate will send government bills back with major amendments.

“If we get bills in the last week and then all the MPs go home to campaign, there’s not much that we can do. We can adopt them, but if some of the bills are really defective, I’m not sure what we’ll do,” he said.

The increasingly common back and forth between chambers over amendments means the Liberal government will need to ensure all of its priority bills are out of the House and off to the Senate well before the House rises, so that MPs are still in Ottawa to approve any amendments that may come back from the Red Chamber.

Ms. Chagger told The Globe that the rules allow for Parliament to keep sitting into the summer if necessary.

“If we need to sit a little bit longer, within the standing orders, there are ways to do that,” she said. “But I would say let’s cross that bridge when we get to it. Let’s see how much we can get done.”

The fate of some bills that have already been approved by House of Commons are currently up in the air because of resistance from some senators. Among them is Bill S-228, a private member’s bill that would ban companies from advertising “unhealthy food” in a way that is primarily directed at children.

The bill has broad support from health groups, such as the Heart and Stroke Foundation, who say it will help fight childhood obesity. However, food-industry groups have persuaded some senators that defining certain foods as unhealthy is a term that lacks context and will harm exports.

Senators are also being urged to approve another private member’s bill, C-337, that was put forward by former interim Conservative Party leader Rona Ambrose. The bill, which was approved by the House of Commons more than two years ago, would require training for judges in sexual-assault law.

Meanwhile, a Senate committee voted this month to block Bill C-48, the tanker-ban bill. The full Senate must now decide whether to overturn that vote.

The Senate committee on energy, the environment and natural resources recently made a large number of amendments to C-69, the impact-assessment bill, at the request of the energy sector and the province of Alberta. The full Senate will soon have to decide whether to accept some or all of those amendments and send the bill back to the House.

Conservative Senator Raynell Andreychuk, who chairs the Senate foreign-affairs committee that will likely be asked to review the bill enacting the new NAFTA deal, said senators understand the urgency of approving the bill, but will also have questions.

“We need to have full explanations of the new NAFTA and what led to the compromises,” she said.

More broadly, Ms. Andreychuk said it appears that the Senate will be faced with a large number of complex and significant bills over the coming weeks.

“I think we have a very, very heavy agenda,” she said. 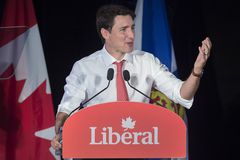 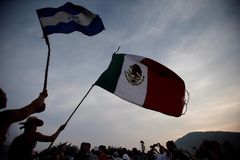