The Senate’s ethics watchdog has found Conservative Senator Victor Oh broke the Red Chamber’s conflict of interest and ethics code by accepting an all expenses-paid trip to China for himself and two other senators.

The Office of the Senate Ethics Officer, in a report released Tuesday, also criticized Mr. Oh for providing incomplete testimony and withholding information, saying his conduct "raises questions about his integrity.”

Senate Ethics Officer Pierre Legault launched the inquiry in December, 2017, after The Globe and Mail reported senators Oh, Don Plett and Leo Housakos went on a two-week trip to Beijing and the southeastern Chinese province of Fujian in April, 2017, without disclosing it as either sponsored travel or a gift as required under the rules.

Chinese media reported in April, 2017, that the three senators had travelled to China at the invitation of a Beijing-based wealth-management firm, Pantheon Asset Management Ltd.

Mr. Oh later told The Globe and the Office of the Senate Ethics Officer that he did not believe the senators had to declare the trip because his family picked up the tab for airline tickets, hotels, meals and transportation.

Mr. Legault said he found Mr. Oh breached Section 17(1) of the Senate ethics code by accepting benefits that are prohibited, namely tens of thousands of dollars from his sister to cover the trip, as well as a dinner from Xiamen Airlines and two dinners from Pantheon, which was exploring the opening of a Vancouver office.

He said the dinner from Xiamen Airlines was “solicited by [Mr. Oh’s] Senate staff and explicitly tied to discussions around the possibility of a direct [air] flight from Xiamen to Toronto.” He added the first Pantheon dinner invitation arose out of a meeting with Mr. Oh in Canada.

The Senate ethics watchdog remarked a number of times on the difficulty the office had in getting complete information.

“Senator Oh’s conduct in deliberately withholding information in this inquiry is the type of conduct that did not uphold the highest standards of dignity inherent to the position of senator and that would undermine public confidence in the office of [a] senator and in the Senate as a whole," Mr. Legault said.

Under the Ethics and Conflict of Interest Code for Senators, the Senate is responsible for imposing sanctions on a senator who has been found to breach the Code by the Senate ethics officer.

“I regard his actions in attempting to mislead my inquiry and Senator Oh’s deliberate blurring of his status as a senator and his private affairs as distinct and aggravating factors for the purpose of assessing sanctions and penalties,” Mr. Legault wrote.

Mr. Legault said the trip was not purely personal as Mr. Oh first told him but was part of a Chinese-Canadian trade delegation that he led.

Mr. Oh’s sister, Lay Khim Oh, who lives in Singapore, told the Senate ethics watchdog that she paid for the trip “as a small token of [her] love for her brother,” but she refused to answer any many questions from Mr. Legault. He said that the transfer slip for $35,000 was dated December 7, 2017, and that this came after “media reports about the trip.”

“She did not respond to most of my questions in this matter and though I had asked that she respond in a sworn affidavit, she did not do so,” Mr. Legault wrote.

Mr. Legault said Mr. Oh at first claimed the trip was a “purely personal sighting-seeing trip to pay tribute to his ancestral village” even though he was born in Singapore. On other occasions such as official correspondence with Global Affairs and overseas officials, he described the trip as trade delegation of business and community leaders from Canada.

The ethics commissioner also confirmed a report in The Globe that wealthy Toronto developer Ted Jiancheng Zhou, who has close ties to Beijing’s ruling Communist Party, accompanied the senators on their two-week trip.

The ethics commissioner did not find Mr. Plett and Mr. Housakos violated the code because Mr. Oh told them he would take care of the trip.

Mr. Oh did not respond to requests for comment. 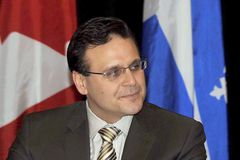 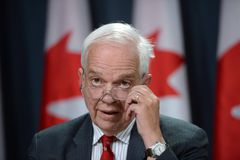