Prime Minister Justin Trudeau must include putting an end to forced and coerced sterilizations of women in his instructions to new cabinet ministers, says Independent Senator Yvonne Boyer.

Her comments reinforce a call from the House of Commons health committee, which said in August that the federal government must immediately move to address the “deeply disturbing” cases of vulnerable women who are being coerced or forced into sterilizations.

Dr. Boyer, a Métis lawyer and researcher, said Tuesday that Mr. Trudeau must ensure the issue is “front and centre” for members of his front bench set to be named next week before Parliament is recalled on Dec. 5.

“This whole idea of forced sterilization is absolutely repugnant,” she told The Globe.

During the course of the health committee’s work, lawyer Alisa Lombard testified that more than 100 Indigenous women had come forward from different regions of the country with allegations they endured coerced sterilizations.

Ms. Lombard also cited an allegation from December, 2018, at a Moose Jaw hospital involving a 30-year-old Nakota woman from Saskatoon who was sterilized after a Caesarean section.

Upon hearing Ms. Lombard’s testimony and that of other witnesses, committee chair and then-Liberal MP Bill Casey penned a letter to three cabinet ministers at the time – Health Minister Ginette Petitpas Taylor, Public Safety Minister Ralph Goodale and Indigenous Services Minister Seamus O’Regan – on the need for an in-depth study to understand the full scope of the issue.

Mr. Casey’s letter also said the committee agreed with witnesses that “urgent action” must be taken to address harms caused by the practice and to prevent it from occurring in the future.

In response to Dr. Boyer, Mr. O’Regan’s office issued a statement on Tuesday saying the Liberal government made reconciliation with First Nations, Inuit and Métis a priority from the moment it was elected in 2015, adding it was written into every minister’s mandate letter.

“Forced and coerced sterilization is a violation of human rights and an issue the Ministers of Health and Indigenous Services are addressing with their provincial counterparts,” the statement said.

“We will continue the work to address this in our new mandate and are grateful for the important work done by Senator Boyer in advocating on behalf of Indigenous women subjected to this unacceptable violation.”

It is incumbent upon the government to take the issue very seriously and to remediate it, Mr. Davies added.

“I think we heard and learned enough of the disturbing nature of what’s occurred that it deserves to have a very prominent place in the new health minister’s mandate," he said, adding he supports Dr. Boyer’s recommendation.

Dr. Boyer, who copublished an external review in 2017 for the Saskatoon Heath Region on tubal ligations among Indigenous women conducted immediately after delivery, said Tuesday an action plan is urgently required to stop sterilization procedures for those who do not wish to be sterilized.

“We know it is happening,” she said. “There’s no doubt about that. That’s been documented.”

In December, 2018, the United Nations Committee Against Torture said it was concerned about reports of “extensive forced and coerced sterilization of Indigenous women and girls" dating back to the 1970s and about recent cases in Saskatchewan between 2008 and 2012. The UN committee also gave Canada until next month to provide a follow-up on its recommendations. 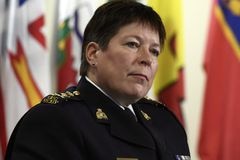 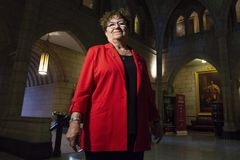 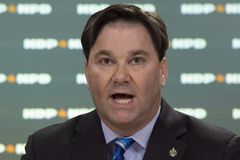