A senior Liberal MP says it’s still safe to travel to China today even as the fate of two Canadians arrested by Beijing remains uncertain, but some former diplomats and analysts advise extra prudence.

Robert Oliphant, the parliamentary secretary to the Minister of Foreign Affairs, said the travel environment for Canadians in China remains unchanged from years previous. He offered this advice even though former diplomat Michael Kovrig and entrepreneur Michael Spavor remain in Chinese jails more than half a year after they were seized by Beijing in what critics call “hostage diplomacy." Their detentions came soon after Ottawa arrested a Chinese technology executive.

“We are saying it is still safe,” Mr. Oliphant said this week. “These, I think, were very targeted abductions.

"We don't have any sense that Canadians going to China would be in any different situation than they have been in previous years."

Ottawa’s official guidance for Canadians contains qualifiers. The top-line advice offered by Canada’s foreign ministry on its website regarding travel to China is: “Exercise a high degree of caution in China due to the risk of arbitrary enforcement of local laws.”

Colin Robertson, a former Canadian diplomat, says business people and former diplomats should think carefully before visiting China right now. “If you have to go, I’d get assurance from whomever you’re going to see – from the Chinese host – that you are okay.”

He said Canada needs to keep doing business with China, but advises caution.

Mr. Robertson, whose career in the foreign service spanned 30 years, said he personally declined an invitation to China around the end of the June. “I don’t want to become a butterfly in their collection.”

He said every case is different. “If you’re going as a student, you’re probably fine,” he said. Likewise, if one is “an ordinary Joe with a tourist [trip] and you’re with a group, you’re probably okay.”

He advises business people considering invitations from contacts in China to raise the safety question with their hosts first. “A lot of business [in China] has a link to either provincial or municipal government. Let them know you are concerned about this.”

Mr. Kovrig and Mr. Spavor, arrested in China shortly after, remain jailed, cut off from family and lawyers, and have been charged with espionage. Chinese authorities have confiscated Mr. Kovrig’s reading glasses. In contrast to the conditions the Canadians face, Ms. Meng is free on $10-million bail and living in a multimillion-dollar home in Vancouver as she awaits an extradition hearing in January.

Guy Saint-Jacques, who served as Canada’s envoy to China, said he has no reservations about the Canadian government’s official travel advisory, including the “exercise a high degree of caution” line. “It’s safe for Canadians to travel to China," Mr. Saint-Jacques said.

But Michael Bociurkiw, a Canadian global affairs analyst and a former spokesperson for the Organization for Security and Co-operation in Europe and UNICEF, said he believes Mr. Oliphant’s travel advice is too rosy.

“I don’t think you can say, on the one hand, that you should exercise a high degree of caution, and, on the other, that travel to China is safe. In my opinion, making the first statement is sufficient. Going further … takes us beyond a prudent statement of the facts into promotion," said Mr. Mulroney, who served as Canada’s envoy to China between 2009 and 2012.

“China travel has always been risky for some Canadians, such as those of Uyghur or Tibetan origin, human-rights advocates, Falun Gong practitioners and small-business people, often of Chinese origin, who fall afoul of local authorities when deals go sour,” he said.

“But now that we’re in the midst of a crisis with China, one that shows no sign of ending soon, the risk is higher – by how much is impossible to measure – for everybody. A higher degree of caution is indeed in order.”

Mr. Mulroney believes a more circumspect approach is in order now as part of a needed rethink in Canada’s China policy.

“I am not advocating gratuitously insulting China. But I am suggesting that we temporarily step back from an engagement policy that sees us advocating travel unconditionally,” Mr. Mulroney said.

“Taking a pause from promotion and being more circumspect would be safer and more in line with the advice on the government’s own website. It would also signal to our diplomats that we need to shift from promotion, to policy formation, to thinking about a smarter approach to engaging China.” 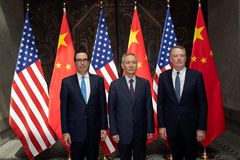 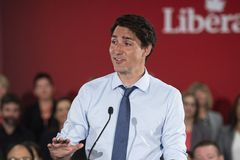