Privacy Commissioner Daniel Therrien’s long-standing call for more powers over internet giants and political parties is gaining support from government and opposition MPs as a committee examines the misuse of Facebook data for political campaigns.

Mr. Therrien was the opening witness Tuesday as the House of Commons committee on access to information, privacy and ethics launched an examination into the international controversy over Facebook’s protection of its users’ personal information.

The commissioner told MPs that Canada is an outlier internationally when it comes to ensuring independent oversight of how political parties use the large amounts of data that they gather on Canadian voters.

“This is, in my view, a significant gap,” Mr. Therrien told MPs Tuesday.

The hearings were launched in response to explosive allegations made by Canadian data specialist Christopher Wylie, who exposed how Cambridge Analytica – a data firm he helped establish – collected more than 50 million Facebook profiles and used them in unauthorized ways in an effort to influence elections around the world.

Mr. Wylie has accepted an invitation to appear before MPs, committee vice-chair Nathaniel Erskine-Smith confirmed to The Globe and Mail Tuesday. The date of his appearance has not yet been scheduled.

During the Tuesday hearing, Mr. Therrien said legislation is required that would set clear rules for political parties and that his office and Elections Canada should be given the power to enforce those rules.

Liberal, Conservative and NDP MPs all expressed support Tuesday for the commissioner’s call for stronger federal oversight of internet companies and political parties. However, MPs also said it is unclear whether such measures could be approved in time for the next federal election in 2019.

Conservative MP Peter Kent noted that the General Data Protection Regulation takes effect next month in the European Union. The regulation sets rules and penalties related to the use and collection of data and gives individuals certain rights to access their own information. Mr. Kent asked the commissioner whether it is time for Canada to adopt a similar approach.

Executives from Facebook are scheduled to appear before the committee on Thursday. MPs said the company offered the committee a private briefing in advance of the public meeting but the offer was declined.

Liberal MP and committee member Frank Baylis, who is a former corporate executive in the medical products sector, said it is time for the federal government to step in and regulate internet companies.

“What we have right now is – across the world, not just Canada – we have the Wild West. It’s just anybody doing anything,” he said after the committee meeting. “So we need to clamp down, just like we have anywhere else where there’s been an unregulated market that’s got out of hand, and this is one of them … Self-regulation is over.”

Mr. Baylis said he also agrees that political parties must be brought under federal privacy legislation.

“It makes no sense to me,” he said. “We should be absolutely covered under the same rules as everybody else.”

After the meeting, Mr. Therrien said he has not received a firm commitment from the government that it will respond to his concerns. However, he said federal officials have recently been reaching out to his office with policy questions.

Mr. Therrien said he would like the government to deal with his two main concerns separately. He said legislation is needed to subject Canadian companies to levels of regulation and oversight that are similar to the rules coming into force in the European Union. He said a separate legislative measure is needed to extend privacy laws to Canadian political parties.

“We have been contacted by government in the past few weeks, but I still do not see a very clear intent to act,” he said. “But the channels of communication exist at this point, so we’ll see whether that comes to fruition.”

“His association with what is now the governing political party in Canada does open some very serious questions,” Mr. Kent said. “The privacy commissioner has been asking for some years that political activities be brought under provisions of the [Privacy] Act, and I believe that that time has come.”

Zuckerberg meets with lawmakers ahead of congressional testimony into Cambridge Analytica scandal
April 9, 2018 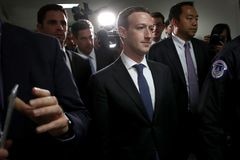 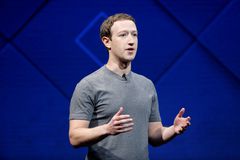