NDP Leader Jagmeet Singh would not immediately endorse the throne speech but hailed the bill reforming the employment insurance system as a “big victory” for New Democrats and the people they fight for.

NDP support will be crucial for the government, which needs the backing of at least one of the main opposition parties to avoid defeat on a confidence vote, which could plunge the country into an election.

The Conservatives categorically declared their intention to vote against the throne speech shortly after it was delivered Wednesday. And the Bloc Quebecois has said it won’t support the speech unless Trudeau commits within a week to giving the provinces $28 billion more each year in health-care transfers.

Thursday’s bill follows through on the government’s promise last month to create a more robust employment-insurance system and three new temporary benefits that are to replace the Canada Emergency Response Benefit (or CERB), which is scheduled to come to an end Saturday after helping millions of jobless Canadians stay afloat during the COVID-19 pandemic.

But the government made one key change, ensuring that unemployed Canadians will receive $500 a week in benefits – the same as they’ve been receiving under the CERB – rather than the originally proposed $400.

Singh had been adamant that the NDP would not support the throne speech if it did not first see legislation guaranteeing there’ll be no reduction in the benefits received by jobless Canadians.

However, Singh said his party has some concerns about how accessible the sick leave will be and is negotiating with the government on that point.

“We’re very optimistic about the outcome of these negotiations. Things are looking good,” he said.

If it gets what it wants on sick leave, Singh said his party will support the bill. But he stopped short of saying that it will also support the throne speech, insisting that’s a separate issue.

Wednesday, he had replied to questions about whether the NDP would back the throne speech by saying he wanted to see legislation increasing benefits and guaranteeing sick leave.

Employment Minister Carla Qualtrough denied the proposed jobless benefit was increased to secure NDP support for the throne speech. She maintained the government had indicated from the outset that it would be flexible about the amount, taking into account the state of the economy and the course of the pandemic, which is entering a second wave that threatens to be worse than the first last spring.

“We landed here (on $500 a week) because this is where, where the country is now in terms of the support workers need,” she told a news conference.

Although Trudeau prorogued Parliament for more than a month so that it could not deal with the employment insurance reforms or anything else, Qualtrough stressed that the bill now needs to be approved quickly.

“Quite frankly, the urgency of this cannot be understated,” she said.

Other emergency aid bills have been passed with unanimous consent of all opposition MPs in a single day. It was not immediately clear Thursday whether the government will attempt a similar route for the new bill.

Government House leader Pablo Rodriguez gave notice that the Commons will debate the bill Monday and Tuesday. His office refused to say what measures it might be negotiating with opposition parties to fast-track the bill’s passage.

Earlier Thursday, several dozen MPs took their seats in the chamber, while more signed in online as opposition parties prepared to give their official responses to Wednesday’s speech from the throne.

The Conservatives accused the Liberals of using prorogation, which led to the speech, to shut down parliamentary scrutiny of their decision to award WE Charity a contract to run a student grant program.

Before debate on the speech, Conservative MP Michael Barrett was up on his feet saying his privileges had been breached by the redactions in documents related to the WE affair, showing that the Opposition does not intend to let that issue go.

“If the speech from the throne was about presenting a refreshing agenda reflecting the COVID pandemic, the prime minister could have simply prorogued Parliament the night before last, or yesterday morning for that matter,” Barrett said.

“What he didn’t need to do was to shut down Parliament on the 18th of August. The only thing that accomplished was to kill committee investigations cold in their tracks.”

The committees are to be reconstituted by mid-October.

In debating the speech itself, Conservative deputy leader Candice Bergen said the Liberals' plan leaves numerous Canadians out, citing seasonal workers, people who run tourism businesses, families that are nursing along old minivans and can’t afford new electric cars, people who drive pickup trucks and are “tired of being insulted by Liberal elites.”

Thousands of Canadians have been left behind, Bergen said, and the speech from the throne offers them nothing.

“It’s clear, Mr. Speaker, the only reason (Trudeau) prorogued Parliament was to cover up and distract from his own scandal,” Bergen said. “So it’s also very disturbing that there is no plan to deal with this pandemic.”

Trudeau shot back a few minutes later. It’s amazing the Conservatives accuse his government of having no plan, then object to the points of that plan, he said.

“When the pandemic struck, Conservatives were more concerned with austerity than with helping people, and they’ve doubled down on that point of view,” he said.

Debate on the throne speech is scheduled for six days, though they do not have to be consecutive. A vote on the speech has not yet been scheduled.

Trudeau told the Commons that he intends to have a first ministers' conference call to talk about updating the Canada Health Act, which doesn’t fit the modern reality of health care well. He and the premiers have worked well together for the common good and he wants to keep doing so, he said.

But it was clear the Bloc won’t be satisfied with anything less than a solid commitment to add $28 billion to the annual health care transfer, as unanimously demanded by premiers last week.

Quebec Premier Francois Legault has criticized the throne speech for failing to promise more unconditional health funding while simultaneously intruding on provincial jurisdiction with promises to introduce a national pharmacare program and national standards for long-term care homes, where more than 80 per cent of COVID-19-related deaths have occurred in Canada.

Trudeau took a veiled poke at Legault as he lamented a Conservative MP’s suggestion Thursday that Ottawa has no role in protecting seniors in long-term care. He noted that Legault had no difficulty asking for the federal government to send in members of the Canadian Armed Forces to help manage the COVID-19 crisis in seniors' facilities last spring. 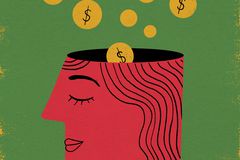 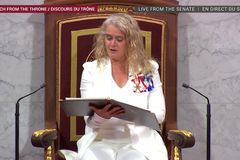