Are Jagmeet Singh’s race and religion election issues? Of course they shouldn’t be. But now the NDP Leader is addressing the question directly.

His party just released a striking French-language TV ad aimed at Quebeckers that shows him without his turban, with long locks, then putting on both his turban and boxing gloves, as he promised to fight for Quebeckers’ concerns. “I am not like others,” Mr. Singh says in the ad. “Like you, my identity is my pride.”

And on Wednesday night, at a town hall organized by the National Council of Canadian Muslims, Mr. Singh said his very presence on the campaign in Quebec is an “act of defiance” against the province’s Bill 21, which bars those who wear religious symbols from many public-service jobs.

“I would put it to you that as a candidate with a turban and a beard who’s running in this election to be prime minister, my presence is an act of defiance to this bill,” Mr. Singh told the council’s executive director, Mustafa Farooq.

“Going to Quebec and saying that I want to not only be a teacher, I want to be the prime minister of this country is an act of defiance. It is my act to show that this is wrong.”

There’s a new wrinkle in the language. Mr. Singh has certainly made racism a priority issue, and related it to his own compelling personal story of growing up Sikh in Canada. But he has often been reluctant to talk about how it affects his candidacy, preferring to stress that he thinks Canadians are open and accepting, rather than address the prospect that some Canadians may be reluctant to vote for a turbaned Sikh. The NDP’s new TV ad does just that. “Stigmas exist,” he said at a press conference on Thursday in Montreal. On Wednesday night, at that town hall, he told Mr. Farooq that Bill 21 is an election issue, and the turban he wears raises it over and over.

Not only in Quebec. A Léger marketing survey commissioned by the Association for Canadian Studies in May found 31 per cent of Canadians outside Quebec felt politicians should be barred from wearing religious symbols.

This week, when a group of New Democrats in New Brunswick defected to the Green Party – the number and circumstances are hotly disputed – one of the defectors, Jonathan Richardson, said “the racism card came up a lot” with voters in the province. Mr. Singh’s spokeswoman, Mélanie Richer, said Mr. Richardson didn’t give New Brunswick voters enough credit, but added that “this is not new to Jagmeet.”

It must be said that many of the problems that Mr. Singh is having, in New Brunswick and elsewhere, are due to plain-old political mistakes.

Even before this week’s defections, New Brunswick NDPers were grumbling that the party had not yet nominated candidates in the province and that Mr. Singh hasn’t visited the province. Any federal party leader should have toured all 10 provinces before he has been in the job a year. Mr. Singh didn’t, and to make matters worse, he had told Canadians he was not running immediately for a seat in the Commons because he wanted to travel the country. His team was slow to get a grip on the party organization. Fundraising lagged. And Mr. Singh has often stumbled on the political stage. It seems that he is already fighting to limit the damage and save whatever seats he can.

But addressing the fact that his own race and religion are effectively an election issue is not a mistake. The NDP’s new Quebec ad is a particularly hopeful piece of political marketing: It raises Mr. Singh’s minority identity, relates it to Quebeckers’ identity, then argues that fighting for common causes creates a shared identity. That’s a message that bridges identity with civics, and it’s a good way to start a campaign. 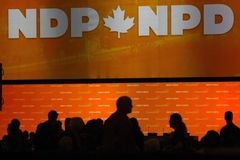 Opinion
For Quebeckers, it’s anything but the NDP Subscriber content
September 4, 2019 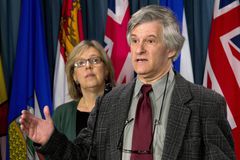