One year ago, Jagmeet Singh was being hoisted into the air at a packed Toronto hotel as New Democratic Party leadership results rolled in.

The Queen’s Park politician was billed as a charismatic, dynamic injection of energy desperately needed for the federal wing of his party following two years of political losses.

He even took his victory party to a dance floor following his slam-dunk win.

Much has changed over the last 365 days.

This week, Mr. Singh conducted interviews from the vacated Centre Block office of the man he replaced – Tom Mulcair – where personal belongings have been stripped, vines hang over a fireplace and ginger candies sit on an unused desk.

Mr. Singh might be NDP leader, but he doesn’t have his own office on Parliament Hill yet due to lacking a seat in the House of Commons.

Nonetheless, the 39-year-old politician isn’t rattled – on the outside, anyway – even if longtime New Democrats have concerns about his leadership, the party’s future, poor morale and slumping fundraising figures.

Mr. Singh said he has never chosen “an easy path.”

“Often, I didn’t have a choice,” he said in an interview.

“I’ve obviously faced a lot of challenges, but I’m looking forward to how I can overcome them all.”

Is he worried about that? Apparently not.

Mr. Singh said he knew what he was getting himself into after two years of poor fundraising following the 2015 election, noting he is confident the numbers are heading in the right direction.

“The reason I’m not worried about it is because we put in a plan and things are turning around,” he said.

“That’s what I’ve got to do, sort of turn the ship around ... things are getting better and more importantly, we’re putting out really meaningful ideas that are connecting with people.”

Mr. Singh does have the potential to generate much-needed excitement and hope, said former NDP MP Peggy Nash, but she said there is “no question” things seem to be much tougher than expected.

“My view from very far away is that this is a tougher job than candidates running for leader expect it will be,” Nash said, recalling when the late Jack Layton first became leader and how challenging he found it to grow into the job.

“I think there’s probably a lot of disappointment in how things have been going for the first year.”

As he turns his mind toward the 2019 election – as well as a byelection bid for the federal B.C. riding of Burnaby-South – Mr. Singh is focusing on evergreen NDP files like affordable housing, pharmacare and Indigenous rights.

He’s also pushing for the decriminalization of drugs to address the opioid crisis, though he said he hasn’t touched them.

“I don’t believe in drugs,” Mr. Singh said, while noting he’s witnessed addiction “up close” and its impacts on a family.

“I’ve seen the pain and I want to reduce that pain and reduce addictions.”

And as for that criticism he has faced in the last year, Mr. Singh is letting it roll off his back.

Beyond the responsibility he has to his party, Mr. Singh said he’s propelled by wanting to help people.

“I was only able to be here because people supported me and because social programs lifted me up,” he said.

“I know that many people need help and they need that support the same way I needed it. I’m only here because I got some of it.” 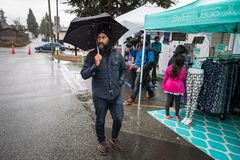 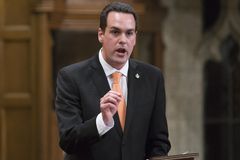 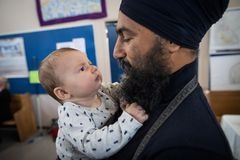