A review of lobbying records by The Globe and Mail shows SNC-Lavalin met frequently with the highest ranks of the Trudeau government, including top officials in the Prime Minister’s Office, cabinet ministers, their chiefs of staff, senior public servants including Privy Council Clerk Michael Wernick and Canada’s Ambassador to the United States, David MacNaughton.

When meetings on all topics are included, SNC-Lavalin has had 19 contacts with the PMO since the start of 2017, placing it near the top of the list of nearly 700 groups that met at least once with the PMO during that period. Only 13 other organizations had more meetings with the PMO than SNC-Lavalin in that time frame.

At the top of the list with 38 meetings with the PMO over the past two years is Bombardier Inc., a Quebec-based aerospace and transportation company that received $372.5-million in interest-free loans from Ottawa in 2017 after the company lobbied for help with its aviation division.

Registry statistics also show that the volume of meetings between lobbyists and federal officials has nearly doubled since the Liberals replaced the Conservatives in government, which the Prime Minister’s Office says indicates it is more open to consulting with businesses and organizations on public policy. 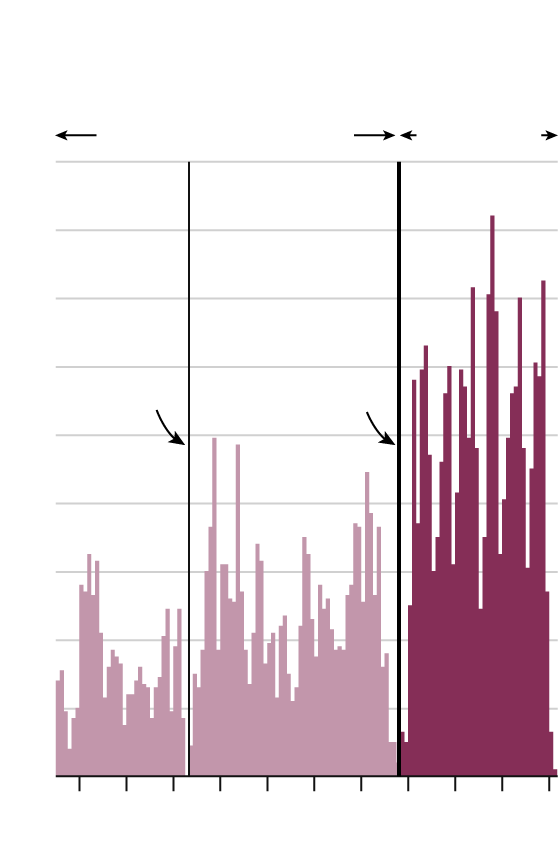 SOURCE: OFFICE OF THE COMMISSIONER OF LOBBYING 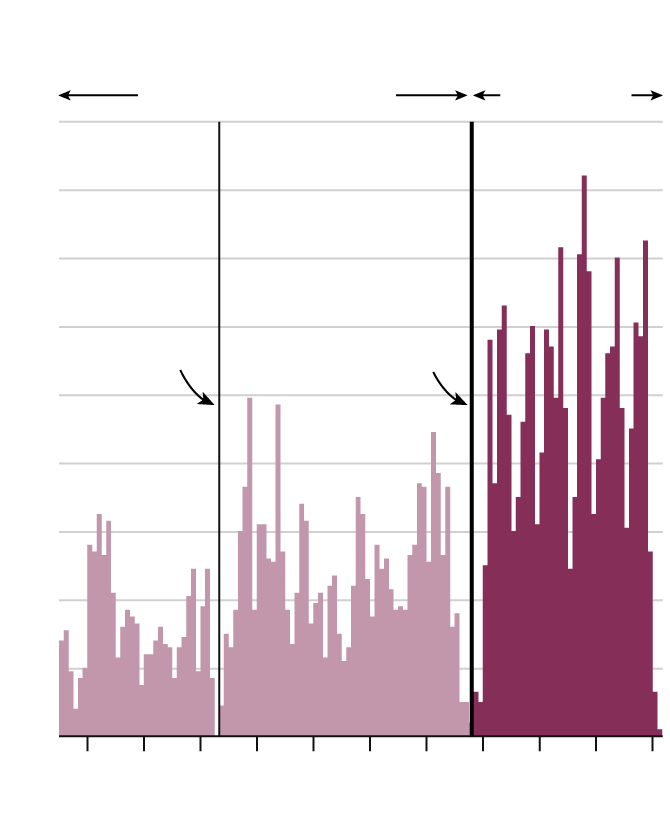 with the Prime Minister’s Office

SOURCE: OFFICE OF THE COMMISSIONER OF LOBBYING 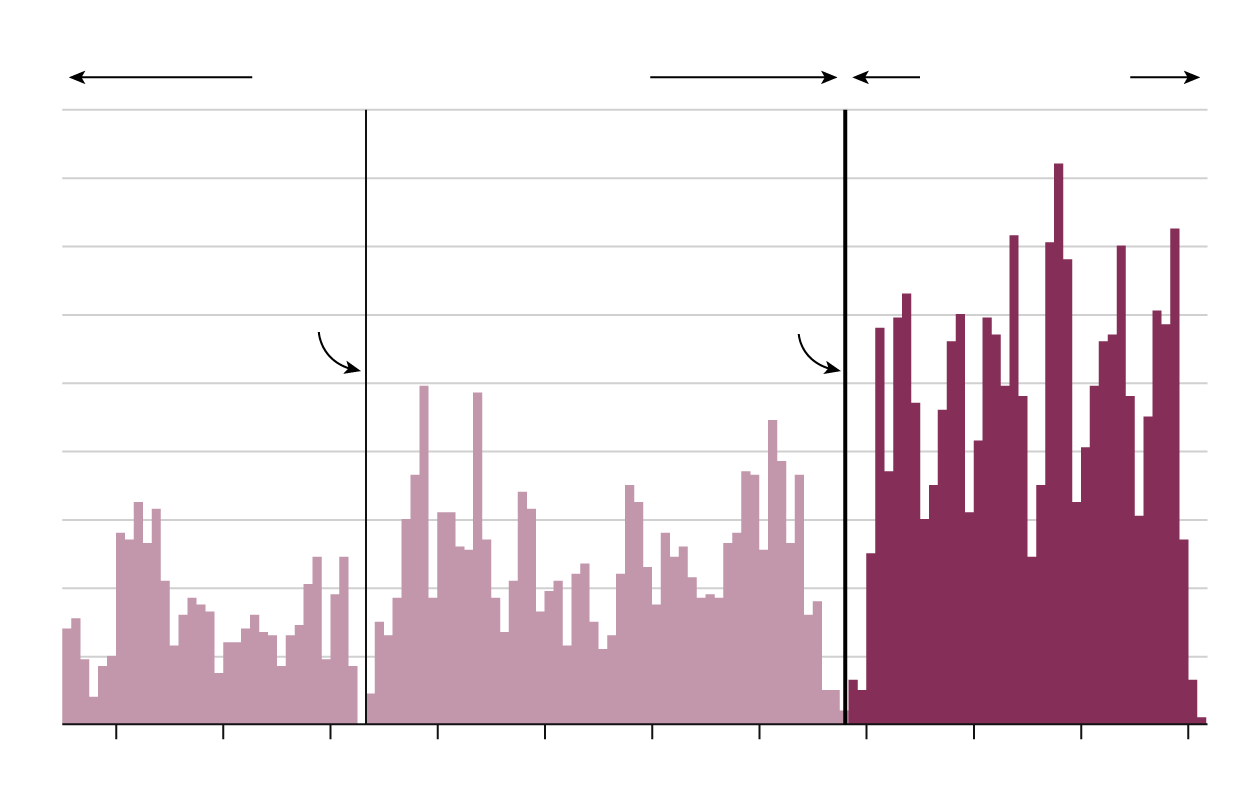 Number of monthly lobbyist communications with the Prime Minister’s Office

THE GLOBE AND MAIL, SOURCE: OFFICE OF THE COMMISSIONER OF LOBBYING

The data provide further context amid intensifying questions about how the Trudeau government handled SNC-Lavalin’s requests to stay a criminal prosecution of the company on bribery and fraud charges in favour of a negotiated settlement. The issue dominated Question Period on Tuesday, one day after Gerald Butts’s surprise announcement that he had resigned as Prime Minister Justin Trudeau’s principal secretary.

In his resignation letter, Mr. Butts denied that anyone in the PMO put pressure on Jody Wilson-Raybould when she was attorney-general to direct Canada’s prosecution service to settle the matter and avoid a trial.

Ms. Wilson-Raybould has yet to outline her version of events since she resigned from the federal cabinet last week after a Globe report this month.

The Globe previously reported that since the beginning of 2017, SNC-Lavalin representatives met with government officials or parliamentarians more than 50 times on the topic of justice and law enforcement. That includes 14 reported visits with people in the PMO, including 12 with Mr. Trudeau’s senior adviser on Quebec, Mathieu Bouchard, and a February, 2017, meeting with Mr. Butts.

However, a broader look at the company’s lobbying reveals even greater access to the halls of power.

When all topics are included, the federal registry shows the company had 141 meetings with government officials and parliamentarians during that period. The 73 meetings in 2017 and 68 meetings in 2018 represented a spike in the numbers. During the nine previous years, it averaged 25 meetings a year.

The company’s contacts with government stand out because they tend to be primarily with high-level officials. Some companies and organizations have recorded more meetings, but they tend to include a large number of meetings with MPs and senators, who generally wield less power in Ottawa than ministers, deputy ministers and top political staff.

The global engineering and construction giant lists a wide range of reasons for wanting to speak with federal officials, including infrastructure funding, international development projects, international trade policy and nuclear power development. The company led a consortium that won the construction and engineering contract to build a new light-rail line in Montreal that will cost more than $5-billion, and the CBC reported on Friday that SNC-Lavalin is the front-runner to head a $600-million City of Ottawa light-rail expansion project that relies on federal and provincial funds.

The recent political controversy focuses on how the Trudeau government dealt with the company’s lobbying push for a legal settlement that would allow it to avoid a criminal conviction on charges of fraud and bribery. A conviction could trigger a ban of up to 10 years from government contracts, which the company warns would put its future in jeopardy and place thousands of Canadian jobs at risk.

Mr. Trudeau told reporters on Friday his government was under considerable pressure from the Quebec government and others to protect those SNC-Lavalin jobs, but that he told Ms. Wilson-Raybould decisions related to prosecution were hers alone.

The company’s formal lobbying records state that its representatives intended to discuss reaching a “deferred-prosecution agreement,” an option that was added to the Criminal Code in a 2018 omnibus budget bill.

As for the groups that had the most meetings with PMO officials since the start of 2017, the Dairy Farmers of Canada placed second behind Bombardier with 36 meetings. The agriculture lobby group would have met frequently with officials to express concerns about the terms of Canada’s international trade deals.

Next, with 29 meetings each, were the Mining Association of Canada – which registered to discuss policies that affect mining – and Innovative Medicines Canada, a pharmaceutical lobby group that is interested in Canada’s trade policies on issues related to drug patents, among other files.

PMO spokeswoman Eleanore Catenaro said Mr. Trudeau’s office meets regularly with people from across the country and expects all lobbyists to follow the rules.

“Engaging directly with people, stakeholders, and groups continues to be important to our government,” she said when asked to comment on the increase in lobbying activity under the Liberals.

Veteran lobbyists say there has been a clear change under the Liberal government in terms of a willingness to take meetings. They also note that the government has launched a wide range of consultations on policies such as pharmacare and small-business tax reform that are essentially an invitation for organizations to communicate with government.

Philip Cartwright, an Ottawa-based lobbyist and president of the Government Relations Institute of Canada, said there was an “uptick” in meetings after the Liberals came to power.

“When the Liberals were first elected, there was a real openness – particularly after not having been in government for 10 years – to engage with stakeholders,” he said.