Foreign Affairs Minister François-Philippe Champagne ​said some Canadians are likely to be stranded abroad for weeks as airspace and borders close because of the coronavirus pandemic.

Mr. Champagne said consular officials in Ottawa and at Canadian embassies abroad are working around the clock to deal with what he described as the “biggest consular operation in peace time in the history of Canada.” He said Global Affairs Canada received nearly 8,000 e-mails and 6,000 calls from Canadians needing help abroad on Tuesday alone.

“We are doing all that we can to assist Canadians,” Mr. Champagne said in a phone interview, but “there probably will be, at the end, people who will have to stay where they are for the next few weeks.”

Asked if the government will deploy any more repatriation flights to bring Canadians home, Mr. Champagne said “with airspace closing and borders closing, the options become more and more limited, but we are looking at ways we can facilitate people coming back on commercial flights.”

Reports flooded in of stranded travellers from around the world. In Morocco and Peru, cancelled flights and closed borders had dozens of Canadians, including university students and seniors, stuck without a way out.

Family members of a judo team trapped in eastern Ukraine – which includes 13 children between the ages of 12 and 15, as well as their coach and three accompanying parents – are calling for the federal government to send a rescue plane to get their children home to Canada.

The families received more bad news on Wednesday when they were told the team’s backup flight on April 3 has also now been cancelled.

“They’re still kids, they’re still minors,” said Laura Nikhamkin, a worried Toronto resident whose son, Michael, turned 14 on Monday in the Hotel Dnipropetrovsk. “Canada has to do something. Canada has to get its citizens home. But they’re completely ignoring us. ... They’re announcing for Canadian citizens to come home, but they’re not telling us how.”

Mark Grenon, a Montrealer who is in Morocco with his wife, Ivonne Sthandier, had been vacationing in a small surf town called Taghazout. After the Canadian government advised travellers to return home, they scrambled to get to Casablanca. After an overnight bus ride, they discovered the airport closed. A friend in Canada rebooked tickets for them on April 2. For now, they are in a comfortable hostel.

“There is no way to know if we’ll actually be able to fly then, but hopefully the critical mass of the panic-stricken will have reduced by that time,” Mr. Grenon said.

He said they have been receiving updates through the Registration of Canadians Abroad, a government notification service, but were told to avoid calling the embassy unless it is an emergency because of the flood of inquiries.

Mr. Champagne is fielding calls with Canadian officials and world leaders while in isolation at his home in Shawinigan, Que., where he is practising social-distancing measures. The government is also trying to find ways to bring home Canadians stuck on cruise ships, Mr. Champagne said.

“Sometimes we try to negotiate with the countries where there is safe passage so they can get to an airport, depending on the quarantine condition,” he said.

Eric Parsons and his wife, Diane, were on a cruise ready to disembark at Puerto Rico earlier this week when the port closed and they were rerouted to Florida. They arrived Wednesday and found a flight to Buffalo. They couldn’t get a rental car in the U.S. and limousine agencies refused to drive them to their home in Milton, Ont., on Wednesday, so they hiked across the border dragging their luggage behind them and rented a car in Niagara Falls, Ont.

“It was planes, trains and automobiles, with a boat thrown in,” Mr. Parsons said, noting there was no COVID-19 on his cruise ship. “I’m pretty sure we were safer there, but it’s certainly nice to be home.”

Mr. Champagne said he realizes it is particularly difficult for Canadians to return home from some regions where borders have closed. He encouraged stranded Canadians to apply for an emergency government loan of up to $5,000 to help pay for essential needs while they wait to come home.

He said the government is looking at user-friendly ways to ensure people can access the loan quickly and efficiently, but it’s unclear how that money will be delivered to those who are approved for it.

The minister could not say how much money the government set aside for the loan program but said he is focused on finding ways to bring Canadians home. “We are in the phase where we are trying everything that we can.”

Meanwhile, a senior official at the Canadian embassy in Kyiv said Ottawa was aware of the case of the stranded judo team and that the embassy was looking at options for getting them home but did not want to get any hopes up. The Globe and Mail is not identifying the official because they were not authorized to publicly discuss the matter.

On Wednesday, the Hotel Dnipropetrovsk in the city of Dnipro turned off the heat, since the Canadian judo team are now the only guests. The overnight forecast low in the city was -1 C. 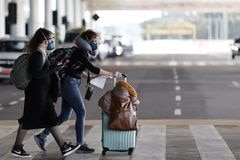 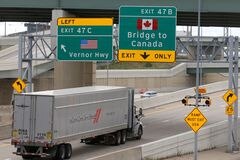 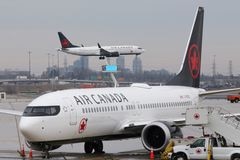 Coronavirus information
The Zero Canada Project provides resources to help you manage your health, your finances and your family life as Canada reopens.
Visit the hub
Follow Michelle Carbert, Les Perreaux and Mark MacKinnon on Twitter @michellecarbert @Perreaux @markmackinnon
Report an error Editorial code of conduct
Due to technical reasons, we have temporarily removed commenting from our articles. We hope to have this fixed soon. Thank you for your patience. If you are looking to give feedback on our new site, please send it along to feedback@globeandmail.com. If you want to write a letter to the editor, please forward to letters@globeandmail.com.
Comments