Statistics Canada is suspending its practice of obtaining personal credit records from TransUnion and has written to Canada’s banks to delay its plan to obtain the banking details of 500,000 Canadian households.

The moves come as the national statistics agency is under investigation by the federal Privacy Commissioner after concerns were raised over its plans to obtain an unprecedented level of access to the personal financial information of Canadians.

While the plan to obtain banking records was a pilot project the agency hoped to launch in January, Statscan has already been collecting personal financial data from TransUnion, a credit bureau, for more than a year.

In a statement to The Globe and Mail, the agency confirmed it is suspending its arrangement with TransUnion.

“Statistics Canada has put this project on pause, and informed TransUnion to that effect,” Statistics Canada spokesperson Peter Frayne said. “We take the privacy and confidentiality of Canadians’ information very seriously.”

Meanwhile, in a private letter obtained by The Globe, Chief Statistician Anil Arora wrote to the nine banks that had been told they would be forced to start providing client financial data in January to say they would not be asked to provide personal financial data.

“Please allow me to clarify this as I have since indicated in my public statement, Statistics Canada is not expecting any personal data from your institution in January 2019,” the Nov. 16 letter states, with the word “not” underlined.

The letter concludes by stating Statscan looks forward to working with Canada’s banks and the Canadian Bankers Association “on alternative models that will respect the privacy of your customers and Canadians.”

Mr. Frayne confirmed the letter was sent but declined to provide additional details on what alternatives are under consideration. His response also did not rule out the possibility the agency could start the pilot project depending on the results of the Privacy Commissioner’s investigation.

“Statistics Canada will not proceed with this project until it has addressed the privacy concerns expressed by Canadians and the Privacy Commissioner has completed his review," he wrote.

In a statement to The Globe, the Canadian Bankers Association said its member banks are pleased with Statscan’s decision.

“Canada’s banking sector understands the valuable work Statistics Canada contributes to the country’s decision-makers, including banks, and remains optimistic that a productive working relationship will continue in the future,” the CBA said.

TransUnion spokesperson David Blumberg confirmed Statistics Canada will not be making any further requests for credit data “at this time.” While the banking sector had expressed concerns about Statscan’s plan, Mr. Blumberg declined to say whether or not TransUnion had expressed similar objections.

“Under the Statistics Act, we provided Statistics Canada with select credit information on consumers to help them efficiently collect information for demographic and economic research," he wrote in an e-mail. “Statistics Canada’s access to and use of the data is for statistical purposes only and has no impact on any individual’s credit score.”

Statistics Canada had portrayed the desire for banking records as part of a broader shift away from traditional phone- and paper-based surveys in favour of using private and public sector databases as a source of public interest statistics.

Privacy advocates recently launched a campaign to get Statistics Canada to end its arrangement with TransUnion.

One advocacy group – OpenMedia – is urging supporters to file Privacy Act requests for all of their personal information held at Statscan that was obtained from TransUnion.

Bryan Short, a program director with the B.C. Freedom of Information and Privacy Association, already filed one such request. He said he was surprised to see the agency respond to his Privacy Act request by sending him detailed personal information in an envelope that he said was only sealed with Scotch tape. Statistics Canada also misspelled his name. He said the files included his social insurance number, birth date and financial data such as his available credit, debts and account balances.

In Statscan’s written response to Mr. Short’s request, the agency said it had to recreate individualized data to find Mr. Short’s information because it had been anonymized by the agency.

The association’s president, Sara Neuert, said she was pleased to hear Statscan is suspending its arrangement with TransUnion. She expressed hope the agency will make a greater effort to balance its need for data with the concerns individuals have about their personal privacy.

“I think that’s an excellent starting point for them,” she said. 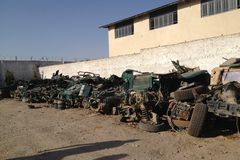 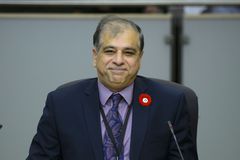 Opinion
Why Statscan should have access to our banking data
November 6, 2018