The destruction of a Sir John A. Macdonald statue that stood in downtown Montreal since 1895 is reigniting political debate over the legacy of Canada’s first prime minister amid an international movement to confront racism.

The prominent monument in the city’s Place du Canada public square was first erected four years after he died in office.

Alberta Premier Jason Kenney weighed in with heated language, describing the protesters that toppled the statue as a “mob” and “roving band of thugs.” He offered to install it on the grounds of the Alberta Legislature in Edmonton if the statue is not wanted by the City of Montreal. Quebec Premier François Legault also commented online, describing the incident as unacceptable vandalism and called for the monument to be restored.

The incident Saturday is the latest in a series across the country as Macdonald statues are frequently defaced by protesters highlighting aspects of his political career that are widely viewed as racist. Although the first prime minister was celebrated for his nation-building and overseeing the construction of the Canadian Pacific Railway, his career included support for Canada’s residential schools system and the 1885 Chinese Immigration Act that imposed a head tax on Chinese immigrants.

The statue debate is now heightened by growing citizen movements this year calling on governments and institutions such as police forces to address systemic racism.

This year there’s been a wave of marches in Canada and the United States by groups calling for major policy changes when it comes to policing and minority communities. Several professional sports leagues, including the National Basketball Association, National Hockey League and some professional baseball teams, took up the cause this past week, suspending games to highlight institutional racism after Jacob Blake, a Black man, was shot seven times in the back by police in Kenosha, Wis.

The Montreal protest was organized by the Coalition for BIPOC (Black, Indigenous and people of colour) Liberation, which describes itself as a collective of social justice groups and community activists from across the country. The group’s Facebook page posted a video of the Macdonald statue coming down, along with a message calling for the removal of all statues and plaques that promote anti-Black racism or anti-Indigenous racism. The group also calls for a 50-per-cent budget cut to the Montreal police, with money reinvested in Black and Indigenous communities, among other social policy demands.

An individual who responded via the group’s e-mail account declined an interview request.

University of Manitoba native studies professor Niigaanwewidam James Sinclair said in an interview Sunday that removing statues that are offensive to Indigenous people does not mean Canada is erasing its history.

Prof. Sinclair said the Montreal protest is part of a long-building movement in support of Indigenous languages and culture. “... Through marches, through celebrations, through round dances and parking lots and streets and highways, this is all part of a conversation that’s ongoing into the future,” he said. “And it’s peaceful.”

Prof. Sinclair said the tone of the protests contrasted with Mr. Kenney’s comments.

“Who’s the one being violent? ... Who’s calling that group a mob?” he said. “By the way, if you put it up in Edmonton, people in Edmonton will take it down.”

“Before anything else, I want to say that neither I nor the Assembly of First Nations condone violence. History has not always been fair to First Nations peoples but we are living in a special time when we are making ourselves heard as never before. We have the opportunity to look at the truths of our collective history and to raise up Indigenous leaders who also contributed greatly to the growth and development of Canada,” he said in a statement. “We need to tell our stories and have our stories live alongside those of our brothers and sisters.”

Montreal Mayor Valérie Plante said she strongly condemned the acts of vandalism and that “such gestures cannot be accepted or tolerated.” In an online statement, she said that some historical monuments are at the heart of emotional debates but that it is better to put them in context rather than remove them.

She said the city’s public art office will secure the monument’s perimeter and analyze options. “For its part, the [Montreal police] will conduct its investigation,” she said.

“Our government has always stood with those who do not have a safe space to express themselves. While the current debate is important, we believe that dialogue is a better engine for progress than isolated acts of vandalism like we witnessed [Saturday],” he said in an e-mailed statement.

“Our government will continue to advocate for public places that are inclusive, safe and free from all forms of violence or harassment.” 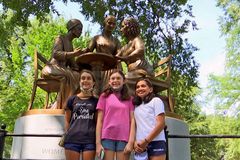 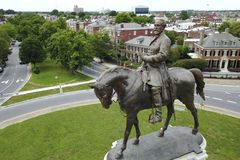 BBC under fire over decision to drop lyrics from patriotic anthems
August 26, 2020 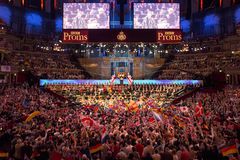