Stephen Harper says he could still “easily” be leader of the Conservative Party, but he chose not to amass too much power in order to secure the party’s fortunes in the future.

The former prime minister, who resigned as party leader in October, 2015, after losing the federal election to Justin Trudeau’s Liberals, told an American audience in February that he could have turned the Conservative Party into his “personal political vehicle.”

“I could have wielded a lot more power. I think I probably could still easily be leader of my party if I wanted to. I mean, I’m de facto the founder of my party,” Mr. Harper said during a 55-minute discussion at the Stanford Graduate School of Business in Stanford, Calif.

“I could have turned the party into essentially a personal political vehicle if I’d wanted. But that was not my goal.”

Instead, Mr. Harper said, he wanted to establish a conservative institutional force that would be a long-term contender for power in government.

“I was determined to establish an institutional organization that would outlive me and would not need me down the road. So I did things very different than if I’d simply wanted to amass power at all costs,” Mr. Harper said.

The former prime minister, who was typically reticent during his time in office, has stepped out in the limelight this year. He joined other former world leaders in writing a full-page endorsement in last week’s New York Times of U.S. President Donald Trump’s withdrawal from the 2015 Iran nuclear deal, and recently faced criticism for publicly congratulating Hungary’s controversial political leader Viktor Orban and his right-wing Fidesz party for winning re-election.

The wide-ranging interview with Mr. Harper at Stanford, posted to YouTube on Feb. 28, sheds light on his political career as well as his upcoming book about how conservatives should respond to the rise of populism.

The video has almost 11,000 views on the Stanford Graduate School of Business YouTube channel. It was recently forwarded to the Globe by a Conservative supporter.

Mr. Harper noted that the Reform Party, which served as a precursor to the modern Conservative Party, described itself as a populist party, but one that stood for trade and free markets.

“Populism is a term that kind of has different meanings in different contexts,” Mr. Harper said. “I often think that when you see the term populist used in the media today … we describe outcomes we like as democracy and outcomes we don’t like as populism. So I think there’s a bit of a loaded term there.”

He said he likes to think conservatives brought about globalization and freer trade, markets and migration, and “we’re now seeing a backlash to that.”

“When you look at some of the things the populists complain about, in terms of trade policy or market policy or immigration policy, globalism as a philosophy, I do think that in some cases, while we’re on generally the right track, we’ve pursued policies that haven’t really thought hard about the actual impacts on ordinary people,” Mr. Harper told the U.S. crowd.

“Too many working middle-class people in Western countries, especially this one by the way, have simply not been doing very well. And we have to understand why that is and adapt to those concerns.”

Still, Mr. Harper says Canada has not had the kind of political polarization or extreme populism seen in the United States and elsewhere. But, he cautioned, “Canada is not immune. If we practice a series of bad economic policies over a long-enough period of time, and people start to feel dispossessed or ignored by the political system, we could get the same thing in Canada.”

Mr. Harper said he doesn’t understand the “modern elite liberalism that often seems not to like its country.”

“If you don’t love your country, if you’re not deeply rooted in it, don’t love its people, don’t love most things about it, why are you leading it in the first place?”

Mr. Harper said he attributes his successes in politics partly to luck of timing, when he became leader of the Canadian Alliance and merged the party with the Progressive Conservatives to form the modern Conservative Party in 2004.

“I just happened to be the right person at the right time to do those things. And that’s life, right? A lot of success in life is luck. There’s no way around that,” he said.

During his time in politics, Mr. Harper said he was not attracted to the camera and microphones, but added that it’s important to be respected and to have integrity.

“I don’t know anybody who got into politics to be liked, and succeeded.” 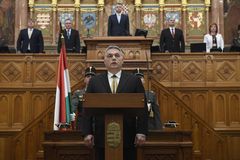 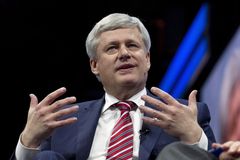 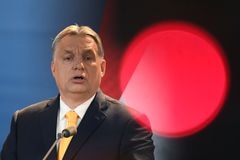