Media organizations are urging the Supreme Court of Canada to use a recent law to strike down a lower-court ruling that would force a reporter to reveal the identity of her sources in an investigation into allegations of political corruption and favouritism.

Lawyers representing CBC reporter Marie-Maude Denis and other media organizations told the court on Thursday that the Journalistic Sources Protection Act (JSPA) has raised the bar for anyone wanting to obtain information on media sources. La Presse, as well as the Quebec federation of journalists and the Canadian Civil Liberties Association, had intervener status at the hearing and supported the position of the CBC’s lawyers.

Since the adoption of the JSPA in 2017, journalists no longer have to explain to the courts why their sources should be protected. Instead, the burden is now on the side of those seeking to obtain the information to justify why the move would be necessary.

“The starting point, based on what legislators decided, is that sources are protected,” said media lawyer Christian Leblanc, who was representing Ms. Denis. “That is the choice that Canadian society has made.”

The matter pits Ms. Denis against former Liberal minister and organizer Marc-Yvan Côté, who is facing charges of fraud, breach of trust and corruption in Quebec.

As part of his defence, Mr. Côté is arguing that his right to a fair trial was breached by a series of media stories about alleged links between political donations and government contracts under previous Liberal governments.

Mr. Côté’s lawyer, Jacques Larochelle, argued in court that the leaks were likely orchestrated by senior police officers who used reporters to prosecute his client in the media. In an attempt to prove, he has sought an order that would force Ms. Denis to reveal the identity of her sources.

Mr. Côté lost his bid to identify Ms. Denis’s sources at the Quebec Court, but won on appeal at the Quebec Superior Court. The matter is now in front of the Supreme Court, which will decide at a later date whether to uphold or quash the Superior Court ruling. The case marks the first time the JSPA is being debated in front of the country’s top court.

On Thursday, Mr. Larochelle described Ms. Denis’s news stories in court as a “judicial masquerade” that tried to depict his client as being guilty before his trial.

“I want to know who were her sources,” he said.

World Press Freedom Day: It hurts us all when journalists are not free

Opinion: Canada isn’t the leader on press freedoms that we think it is

Before the adoption of the JSPA, the protection of journalistic sources was codified in various court rulings, including a 2010 case in which The Globe and Mail successfully protected the confidentiality of a key source in its investigation into the sponsorship scandal.

Conservative Senator Claude Carignan, who obtained all-party support for the law, said legislators made a conscious decision to give greater protection to journalistic sources.

“We’ll see what the final ruling says, but the lawyers representing the media clearly understood what I was trying to achieve with this law,” Mr. Carignan told reporters after Thursday’s hearing. “When Parliament spoke unanimously [to adopt the bill], it was clearly to increase the level of protection.”

Ms. Denis is an award-winning investigative reporter who hosts a weekly show called Enquête on Radio-Canada that is the French-language equivalent of the fifth estate on CBC. She said she hopes the Supreme Court will overturn the ruling of the Quebec Superior Court for the sake of all journalists.

“This is about our ability to tell sources, who want to reveal information that is in the public interest, that we will protect them. Without that protection, we can’t lift the veil on corruption scandals,” she told reporters.

The case was the final hearing attended by Supreme Court Justice Clément Gascon, who will retire in September. Justice Gascon said in a statement earlier this week that he has suffered from depression and anxiety for more than two decades, explaining that he underwent a panic attack when he went missing for a few hours last week.

Chief Justice Richard Wagner praised his colleague’s “sincerity and courage,” while Justice Gascon thanked his family and the court for their support. Afterward, Justice Gascon remained seated as the eight other justices on the court stood up and gave him a standing ovation. 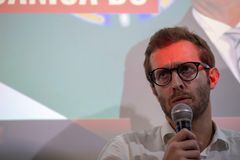 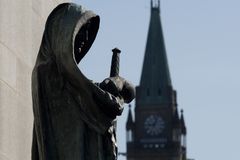 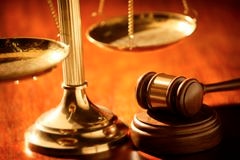