Shaking hands with the devil? Justin Trudeau was accused of doing something like that on Friday when he greeted Iranian Foreign Minister Mohammad Javad Zarif.

Yep. That is one of the things he is paid to do. Canadian prime ministers have shaken hands before with figures from unsavoury regimes. They will again. So will their foreign ministers. That’s part of the job.

For sure, the smiling pictures of Mr. Trudeau meeting with Iran’s Foreign Minister are bad optics, and it doesn’t match the firm message demanding justice for the victims of Flight 752 that the Canadian government has been sending. It was the Iranians who made the pictures public, presumably because they thought it served their propaganda purposes.

But there is another thing to be wary of here: the notion that Canadians should not talk to bad guys in foreign regimes.

Take Mr. Kent’s tweet. It is not what he said that is misguided – Mr. Zarif is indeed the senior diplomatic representative of a regime that sponsors proxies that disrupt other nations and engage in acts of terror. It is the why: Mr. Kent, who was part of a Conservative government that suspended diplomatic ties with Iran, is making the case that Canadian leaders should have no truck nor trade with Iranian leaders because they are part of a bad government.

If Canada followed that logic, generally, it would reduce its foreign policy and its diplomacy to a hobby. It would become a simple mechanism to express approval and disapproval, the international relations equivalent of the emotionally satisfying acts of pressing the “like” buttons on Twitter or Instagram.

But it wouldn’t be about the serious business of the world, about trying to influence change or protect Canadian interests.

That’s not to say ethics or values should have no part – advancing them should be a big part of foreign policy and diplomacy. But you don’t advance them by cutting off communication.

Mr. Trudeau told reporters at the Munich Security Conference that he chose to drop in on the meeting between Canadian Foreign Affairs Minister François-Philippe Champagne and Mr. Zarif to underline Mr. Champagne’s point that Iran should conduct a full investigation into its Jan. 8 downing of Flight 752, which the Canadian government now says killed 55 Canadian citizens and 30 permanent residents.

“I made a promise to families in Canada to do everything I could to make sure they get answers. That we have a full and complete investigation. That we understand exactly what happened,” Mr. Trudeau said.

“And I went by to impress upon the Foreign Minister of Iran how important it was that we work together and we ensure that that investigation is complete.”

Maybe that won’t get anywhere. Perhaps global pressure for accountability for families of victims – most of whom are in Iran – will make Tehran feel it has to do more.

Certainly, the smiling pictures won’t make a good meme for Mr. Trudeau. University of Waterloo international affairs professor Bessma Momani argued it is too soon after the shoot-down for Mr. Trudeau to be seen smiling with Mr. Zarif, making it look like a reward for negligence. She added Mr. Trudeau should have known Iran would use the images for propaganda.

Prof. Momani believes Canada should eventually try to resume ties with Iran though. Countries can’t cut off ties with all unpleasant characters, she said. There are so many.

Beyond that, it is often the countries with whom you have disputes that you need to talk to.

That’s why the United States and the former Soviet Union kept diplomatic ties through the Cold War. It is why Israel has put work into back channels with Arab nations. Canada doesn’t have an “interests section” in Tehran for basic representation; the United States, which launched a Jan. 3 drone strike in Iraq that killed a senior Iranian general, does.

It’s fine to criticize Mr. Trudeau for smiling at Mr. Zarif so soon after the downing of Flight 752. But don’t complain about the Prime Minister talking, as though communicating with a foreign government provides an endorsement of its character. Talking to difficult people from dangerous regimes is supposed to be part of the job.

Trudeau says he has no plans to order RCMP to end blockades of rail links Subscriber content
February 14, 2020 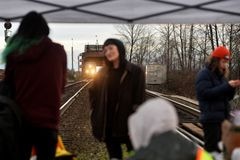 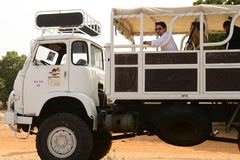 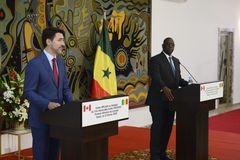