A preliminary probe commissioned by the Assembly of First Nations into accusations of harassment against Ontario Regional Chief RoseAnne Archibald has found “allegations and evidence to be credible” and merit a full investigation.

But Ms. Archibald says she believes she has become a target in her campaign for more accountability at the AFN.

A copy of a Feb. 12 briefing report for the executive committee of the AFN, obtained by The Globe and Mail, discusses allegations brought forward by four people who say they were harassed by Ms. Archibald as well as “evidence of harassment of other staff.”

The AFN executive is expected to meet on Friday to discuss the contents of the preliminary report and discuss next steps.

In a statement, Ms. Archibald said it is unfortunate a confidential AFN executive committee matter has been “leaked to the media by unknown parties.”

She said she was first alerted to harassment allegations against her when National Chief Perry Bellegarde and legal counsel Peter Mantas called her on Feb. 5.

Ms. Archibald said she immediately raised the timing of the harassment allegations with Mr. Bellegarde that day, telling him they “appeared to be reprisal” in response to a confidential Chiefs of Ontario (COO) resolution passed the day prior.

The Chiefs of Ontario is a political forum and a secretariat that advocates for 133 First Nation communities in the province. Ms. Archibald, as Ontario Regional Chief, is part of its political office.

Mr. Bellegarde said late Thursday evening in a statement that numerous harassment complaints made by AFN staff against Ms. Archibald span months and are unrelated to the COO resolution.

“Only after I alerted the AFN executive about complaints of harassment, I was made aware of the contents in the COO resolution,” he said in a statement.

On the preliminary report, Mr. Bellegarde said the AFN has a zero-tolerance policy for any form of harassment, bullying or discrimination.

“Any concerns raised by employees are dealt with according to AFN procedures and policies in place to ensure a safe workplace,” he said in a statement.

In the preliminary report, four complainants, currently employed by the AFN, allege they have suffered “humiliation, belittlement, threats, bullying and intimidation.”

The document also says the individual allegations “reveal a relatively consistent pattern of facts.” The names of the complainants are not included in the report.

It also says Ms. Archibald was notified of the accusations and that she in turn alleged they are being made against her “as part of an ulterior political motive.”

The report says the Ontario Regional Chief wrote the AFN executive Feb. 9 with a proposal to address the matter.

“She admitted that some of her recent communications with staff could be viewed as ‘aggressive’ and may have caused ‘hurt.’ She recommended a ‘healing circle’ to help repair and reform relationships.”

It described this as a “positive development.” But, it added, a full investigation is still “required in order to determine the nature and extent of the allegations prior to deciding on appropriate resolution.” It said the complainants can then determine “whether they believe a ‘healing circle’, or other manner of resolution, would be acceptable to them.”

The preliminary report, prepared by lawyers at Fasken LLP including Mr. Mantas, says the AFN must address the complaints because “failure to act would be a violation of the AFN’s legal duty to its employees … [could] expose the AFN to liability before the courts and the Canadian Human Rights Tribunal.”

The report cites comments from a number of complainants, one of whom said they felt degraded.

“I have been made [in front of others] to feel belittled, unworthy, not valued,” the complainant said, according to the report.

Ms. Archibald said Thursday she does not believe Mr. Mantas can conduct a fair and independent investigation into the allegations against her “when he simultaneously takes instruction from senior leadership at the Assembly of First Nations.”

She also said that female members of the AFN executive committee, including herself, have raised the issue of gender-based harassment and discrimination.

“Our complaints have not been addressed.” 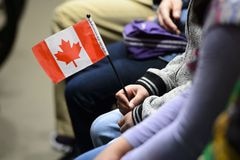 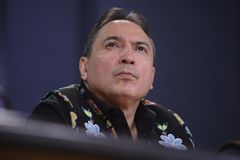 RCMP Commissioner urged to issue directive on use of knee to neck
Subscriber content
February 10, 2021 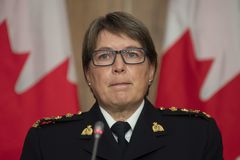 Follow Steven Chase and Kristy Kirkup on Twitter @stevenchase @kkirkup
Report an error Editorial code of conduct
Due to technical reasons, we have temporarily removed commenting from our articles. We hope to have this fixed soon. Thank you for your patience. If you are looking to give feedback on our new site, please send it along to feedback@globeandmail.com. If you want to write a letter to the editor, please forward to letters@globeandmail.com.
Comments are closed