Prime Minister Justin Trudeau says he wants the Trans Mountain pipeline project completed as “quickly as possible,” and sought to assure voters in Alberta and Saskatchewan that his re-elected government hears their concerns.

Speaking in Ottawa on Wednesday, he also said a new cabinet will be sworn in on Nov. 20, with a cut to personal income taxes as its first order of business.

Monday’s election returned the Liberals to power with a minority and no MPs from Alberta or Saskatchewan. Mr. Trudeau struck a more conciliatory tone on Wednesday than in his election victory speech, which made little mention of the rebuke voters had delivered.

In his first public comments since that speech, Mr. Trudeau indicated he will govern issue by issue rather than negotiating a formal arrangement with a smaller party to win confidence votes in Parliament.

He said he plans to meet with the other party leaders in the coming weeks to discuss priorities.

“Canadians sent a clear message that they expect their leaders to work together on the big issues that matter to them; two of them being the fight against climate change, and affordability,” Mr. Trudeau said.

Mr. Trudeau said he is also reaching out to political leaders in Alberta and Saskatchewan for suggestions on how those provinces can be best represented in Ottawa.

He stopped short of promising to appoint a cabinet member from outside his caucus, and said that all provinces are not always represented in cabinet. But he said he will ensure his government hears from “every corner of the country."

Some prime ministers have appointed senators from unrepresented provinces to cabinet. However, Independent Senators Group facilitator Yuen Pau Woo said such an approach would run counter to Mr. Trudeau’s plan to appoint only senators who sit as independents.

Michele Cadario, who was deputy chief of staff to prime minister Paul Martin, said Mr. Trudeau can ensure Alberta and Saskatchewan have a “strong voice” by recruiting people from the Prairies to the Prime Minister’s Office and as staff to cabinet ministers. And she said Mr. Trudeau and his cabinet now have more of an obligation to visit the region.

She said that the lack of Liberal MPs from the two provinces doesn’t mean a complete void. For example, cabinet minister Chrystia Freeland grew up in Alberta.

The Prime Minister indicated his positions on some of the most heated issues of the campaign have not changed. He said his government is prepared to intervene if necessary in a legal challenge of a Quebec law that restricts the wearing of religious symbols for some public servants. He also said the Trans Mountain pipeline expansion remains a priority.

“We need to get our resources to markets, other than the United States, in a safe and secure way, and that’s what the Trans Mountain pipeline will do," he said.

“Albertans are angry and they’re rightfully angry," Ms. Savage said in Edmonton, saying that the oil sands were a frequent target of some parties in the campaign.

The Prime Minister said his government is “moving forward to solve some of those challenges.”

“It’s going to take all Canadians sticking together, helping out folks who are struggling in places like Alberta and Saskatchewan,” he said.

Mr. Trudeau said he has already spoken with Premiers Jason Kenney and Scott Moe, and Calgary Mayor Naheed Nenshi. He said such talks will continue, including with Edmonton Mayor Don Iveson. In an interview with The Globe and Mail, Mr. Iveson said his message to the Prime Minister is to find ways to work together.

Mr. Trudeau said he will count on “progressive” parties to support parts of the government agenda.

“I expect them to be able to vote with us," he said of his first bill, which will reduce taxes.

The party said this will save the average family nearly $600 a year.

However, the Bloc Québécois, the NDP and the Green Party did not promise tax cuts. The Conservatives proposed a personal tax cut similar in size to the Liberal plan.

NDP Leader Jagmeet Singh said in a statement his party will approach the new government with “open minds and open hearts” and evaluate the legislation when it’s available.

The Prime Minister did not indicate when Parliament will be recalled. After the 2015 election, his government released a fall fiscal update in November that included tax changes. The House of Commons sat for seven days in December to pass those measures for the 2016 tax year.

In an online video, Conservative Leader Andrew Scheer remained defiant, even though his party won 121 seats to the Liberals’ 157 despite winning the popular vote.

“We have a strong mandate," Mr. Scheer said.

Mr. Trudeau "needs to explain to Canadians how he’s going to change course to address his failures on supporting the energy sector, on making life more affordable and bringing this country together,” Mr. Scheer said.

Green Party Leader Elizabeth May, now part of a caucus of three, said she told Mr. Trudeau her party won’t support his government in a confidence vote unless it introduces more stringent greenhouse gas emissions targets and stops all pipeline expansion.

She said it’s unlikely she will still be leader in 2023, but there’s no reason for an “imminent decision.”

Opinion
Trudeau will work with any party, as long as it’s on his terms
October 24, 2019 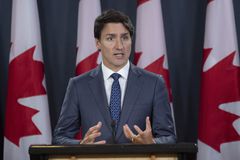 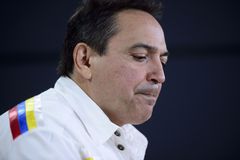