There were the ones that ominously claimed that Ontario Premier Doug Ford is scary and labelled Conservative Leader Andrew Scheer “weak.” Or the ones that updated the 2015 “not ready” attacks on Justin Trudeau, with the same group of crotchety HR assessors deciding now he was “never ready.”

Neither was the work of an official political party. Both were made by PACs – third-party organizations that mount political campaigns. The spots attacking Mr. Scheer were the work of Engage Canada, linked to an odd mix of backroom operatives from the NDP, Liberals and unions. The ads attacking Mr. Trudeau came from an Alberta-based organization called Shaping Canada’s Future.

But when new rules kicked in on June 30 requiring such third-party political actors to register with Elections Canada, neither was on the initial list.

Engage Canada decided to stop doing new ads after June 30, rather than register – so now it won’t have to report on its activities, and identify its donors. Shaping Canada’s Future appears to be doing its best to avoid saying what it’s doing.

The age of the PAC has now firmly come to Canada. Transparency still lags behind.

PAC, or Political Action Committee, is the term used in the United States for the third-party organizations that play a major role in campaigns. Canada’s PACs are on a much smaller scale, but their number is growing.

Those new election rules, passed by the Liberal government last year, were supposed to be a way to regulate third-party efforts to sway elections, give Canadians a peek at who was paying for such efforts to influence their vote, and to control their spending with limits.

We can already see that the results are going to be mixed. But you can bet the role of PACs will only increase.

Some of the rules imposed in recent years in a bid to make elections fair – limits on donations, bans on corporate and union donations, and fixed-election dates – encouraged the rise of the Canadian PAC. Unions have been active through third parties in federal and Ontario campaigns supporting the Liberals and NDP. Oil companies funded pro-United Conservative PACs in Alberta’s spring campaign. The first four third-party campaigners to register under the new federal rules include two unions and the Canadian Association of Petroleum Producers.

In the past, third parties could only spend relatively small sums on political advertising during official federal election campaigns. But they had no restrictions before the writ was dropped – so they could spend big just before an election campaign.

In the 2015 federal campaign, Engage Canada started bombarding Stephen Harper’s Conservatives with pre-writ attacks – seen by some as the reason Mr. Harper triggered an early start to the campaign, which forced a halt to third-party advertising.

The new rules in the elections law were supposed to control pre-writ activities. They created a “pre-election period” that runs from June 30 to the start of the official campaign in September. A third party that wanted to spend more than $500 in that period on “partisan activities” – like advertising that is explicitly for or against a candidate or party – has to register, report on its activities and list its donors.

This time, the ads started earlier. Engage Canada ran three TV spots, which labelled Mr. Scheer as “weak” and linked him to Mr. Ford − one featured Mr. Scheer as a bobble-head. The point is to define Mr. Scheer before the campaign. Don Millar of Hogan Millar, the company that produced the ads, argued that the Conservatives “completely blew it” by failing to introduce their leader to Canadians. He believes the impression the ads leave of Mr. Scheer’s character will stick.

But who is behind it? Engage Canada, which was started by a small group of NDP and Liberal partisans in 2015, now also has employees of two labour organizations, the Provincial Building and Construction Trades Council of Ontario and Unifor, on its board – but Engage Canada has consistently declined to say who is paying.

So far, Shaping Canada’s Future is even more faceless. It lists only one corporate director, Douglas Nelson of Calgary, who also served as chief financial officer for Alberta Premier Jason Kenney’s bid for the United Conservative leadership in 2017, and as contact for a provincial PAC called Shaping Alberta’s Future, a pro-United Conservative campaigner heavily financed by oil-sector companies and executives. Mr. Nelson didn’t return phone messages left on voice mails, or through a lawyer that incorporated his organization. And so far, Shaping Canada’s Future hasn’t revealed who is behind the campaign. 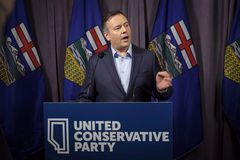 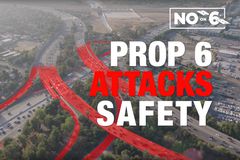 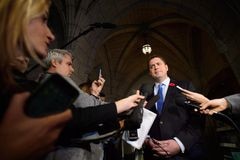