The Joe Biden green revolution will be coming to the United States – and Canada – a lot more slowly than people think. But one part, the decision on nixing the Keystone XL pipeline, could be here a lot faster than Justin Trudeau’s government would like.

As a candidate, Mr. Biden was in a hurry to act on climate change, but as the next president, he now faces a divided Congress that will force him to negotiate and compromise, no matter who eventually wins control of the Senate.

His pledge to withdraw the permits for the Keystone XL oil pipeline, however, could in theory be accomplished with a stroke of the pen, on Day One of a Biden presidency.

While Mr. Trudeau’s government is hoping to change Mr. Biden’s mind, its goal right now is just to persuade him to put off the decision until Canada can make its case directly.

That’s the message Mr. Trudeau wanted to convey when he congratulated Mr. Biden in a phone call Nov. 9, and it’s the message that Canadian officials will try to get to Mr. Biden’s transition team: Give us a chance to have our say.

The president-elect knows that major climate legislation won’t get through a divided Congress in the midst of a pandemic and an economic recession, so he will look to take actions that are within the power of the president. He promised to recommit the U.S. to the Paris Agreement on his first day in office. Killing Keystone XL might be another way to satisfy environmentalists in his party.

Mr. Trudeau wants to make Mr. Biden an ally on climate change – it is good for Liberal politics, and good for trade to co-ordinate such policies with U.S. But he’d rather not start with the cancellation of the pipeline, and the criticism it will bring from Alberta.

Both the feds and Alberta government privately think saving the pipeline is a long shot. There are glimmers of hope: The project has significant union backing, and Mr. Biden is closely allied with labour. But the president-elect’s campaign promise was unequivocal. And many Democrats support it. Washington State Governor Jay Inslee, reportedly being considered for Mr. Biden’s cabinet as energy secretary or head of the Environmental Protection Agency, has called Keystone XL “a disaster waiting to happen.”

Most of the things that Mr. Biden can do quickly on climate change are things Mr. Trudeau’s government would applaud.

Rejoining the Paris Agreement is a symbol that the U.S. wants to back global emissions reductions. Mr. Biden promised to reduce methane emissions, a revival of abandoned regulations introduced under former president Barack Obama, and agreed with Canada and Mexico. He has promised to reverse the Trump administration’s deregulation orders.

But the big broad agenda requires congressional co-operation. And even if the Democrats win narrow control of the Senate in two Georgia runoffs, Mr. Biden’s proposal for legislation to put the U.S. on a path to be a net-zero economy by 2050, for example, might bump into Joe Manchin, the Democratic senator from coal-producing West Virginia.

Mr. Biden’s platform didn’t include carbon pricing, but it did include targets for eliminating emissions in power generation. It implied national reduction targets would be set. It indicated carbon border-adjustment fees would be applied on high-carbon imports. Together, the proposals might push Canada, and other countries, to adopt more stringent regulation, said Josha McNabb, the national policy director for the Pembina Institute.

But much of it will be drowned in a divided Congress. Or delayed. Even if some Republicans accept the idea of carbon border adjustments, it would take a lot of steps to get there.

There is still a lot of reasons for Mr. Trudeau to want Mr. Biden to see him as a climate partner, though.

Mr. Biden’s big hope of advancing his climate agenda is by persuading Congress to include some of his green spending plans, on infrastructure, research-and-development, transportation and procurement, in its economic stimulus plans. In Mr. Biden’s platform, those are all based on protectionist Buy American provisions.

For Mr. Trudeau, that means working with Mr. Biden on climate over the next four years may be in large part about trade. Once again, the Keystone XL decision is going to be one of the first flashpoints, and the PM is hoping it doesn’t come too soon. 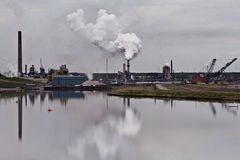 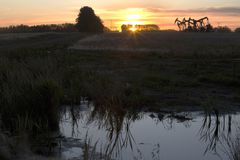 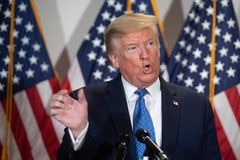