“One way or another, Albertans will have equality.”

The Buffalo Declaration is an implied threat. The manifesto released last week by Alberta Conservative MPs Michelle Rempel Garner, Blake Richards, Glen Motz and Arnold Viersen warns that the West no longer wants in. “Now the rallying cry that is emerging is ‘the West wants out.'"

The declaration maintains that, after more than a century of indifference at best and abuse at worst by the governing elites of Central Canada, the people of the province are on the brink of bolting. The decision by Teck Resources Ltd. to cancel its planned Frontier oil sands mine, citing federal incoherence in the approvals process, can only heighten the tension.

From this chair, the analysis is rooted in truth, but the implied threat – redress or separation – is a dead end. Separation is no solution for Alberta.

The Buffalo Declaration is a powerful document nonetheless. Anyone in Canada who is interested in the health and future of this country should read it.

While many Indigenous leaders contend that Canada is an illegitimate colonial power, many Westerners contend that the Prairie Provinces were intended to be colonies of imperial Ontario and Quebec.

Wilfrid Laurier’s government ignored the wish of the region’s political leaders for a large prairie province that would have been known as Buffalo, opting instead to create Alberta and Saskatchewan in 1905, and opting as well to deprive those provinces of control over their land and resources, which the founding provinces possessed. Control was later granted, but the wound has never healed.

“The Eastern political and business class never intended for Alberta to be equal in Confederation,” the authors correctly state. “They intended for us to be a colony, providing wealth and raw resources without having an equal share in prosperity and power.”

The attitude continued in the 1930s during the Great Depression, when the Dustbowl and tariffs gutted the Prairie agricultural economy, while Ontario and Quebec industries were at least partly protected.

In the 1980s, after oil had replaced agriculture as Alberta’s economic engine, Ottawa created the National Energy Program to strip the province of its economic sovereignty. And the Liberal government in Ottawa today appears to favour environmental and Indigenous priorities over Alberta’s economic needs.

“Alberta’s isolation from Canada’s economic and political power structures is at the heart of its inequitable place in Confederation," the declaration says. This is absolutely true and absolutely unjust.

The Buffalo Declaration demands more: a stronger voice for the West in the Senate, and elimination of the equalization system if it can’t be reformed. This would require changing the Constitution, a non-starter. But other ideas, such as mandating quotas of Westerners within the public service, deserve serious consideration.

The Buffalo Declaration has two major flaws for this reader. First, it believes Alberta is uniquely bound to its rural culture. “Albertans cherish our rural roots … the stark division between urban and rural in many parts of Canada is much less distinct in Alberta.”

No doubt this is true. But Alberta, like the rest of Canada, becomes more urban and diverse every year. That’s its greatest strength. Twenty-one per cent of Alberta’s population was not born in Canada. One Calgarian in three is a visible minority.

Second, however legitimate Alberta’s grievances are, the best solution is for the federal Conservative Party, which dominates Alberta, to win power, and that means making common cause with suburban voters in Ontario, especially immigrant voters who share many of the same conservative values as Albertans, including immigrant Albertans.

Stephen Harper forged that coalition. It remains available to any Conservative leader with the skill and strength needed to restore it. If the Conservatives had won the most seats, as well as the most votes, last October, Andrew Scheer would be prime minister and the Buffalo Declaration would never have been written.

Alberta Conservatives have good reason to be angry at the condescension of downtown Toronto, Montreal and Ottawa toward not just their needs, but their values and culture.

So send the Laurentian elites packing. Win power. That’s the way for Albertans to achieve equality within Confederation. There really is no other.

Feb. 26: ‘I would like to see Alberta become an independent nation state.’ Readers react to Jason Kenney, Teck Frontier and Albertan alienation, plus other letters to the editor
February 28, 2020 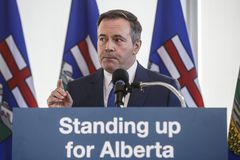 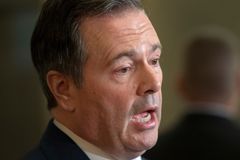