All three are on record opposing legislation on abortion and supporting sexual minority rights. So. That’s. That.

But there is more to social conservatism than God, gays and guns. And it may include taking up the fight against Bill 21. Here’s why:

In the wake of October’s election defeat, a number of analysts – I was one – argued that the party had to stop running away from issues that mattered to voters. Yes, lower taxes, balanced budgets and smaller government. But fighting global warming, too. Modern conservatism must be urban (well, suburban), diverse and up-to-date.

But Sean Speer, who is affiliated with both the Munk School at University of Toronto and the Macdonald-Laurier Institute in Ottawa, is warning that Conservatives must not abandon social conservatives and rural folk.

“A strategy of addition by subtraction for the Conservative Party is flawed as a matter of political calculus and as a matter of substance,” he wrote in the National Post. “...Social conservatism is an indivisible part of a conservative temperament and political agenda. You cannot really have one without the other.”

How, then, to square the circle – to make conservatism appealing to both rural and suburban, to immigrants and old stock, to the secular and those of deep faith?

Rachel Curran, who was Stephen Harper’s policy director when he was prime minister, sees no contradiction. The overwhelming majority of social conservatives don’t want to re-open the abortion issue or same-sex marriage rights, she said in an interview.

“Social conservatives are as interested as anyone else in winning,” she said. “They don’t see these kinds of discussions as helpful.”

There will always be fringe figures with megaphones, such as Charles McVety of the Campaign Life Coalition or former Saskatchewan MP Brad Trost. Some character might yet try to raise enough money to get on the ballot. But such people have little purchase with most party members.

Conservatives should promote and protect families as the sound foundation of society. They should support an incremental approach to change, order within freedom, respect for the law. That’s a social conservatism worthy of respect.

Mr. Speer believes many conservatives may not be as attracted to free-market orthodoxies of party elites. In our knowledge-based economy, he said in an interview, too many people feel pushed to the sidelines.

“There’s room for a centre-right agenda that is not anti-market, but that recognizes that the market itself is not going to produce inclusive growth," he said. The broadest electoral coalition may be mildly socially conservative and mildly economically progressive.

Respect for lower-income rural and socially conservative Canadians within a Conservative Party that regularly wins government could be crucial to preventing the polarizing, nativist populism that has infected American and European politics. Stephen Harper may have kept the rough beast from slouching here.

Protecting the right of citizens to worship as they choose is fundamental to conservatism. That is why the silence of the Conservative Party over Bill 21, the new Quebec law that bans many public servants from wearing religious symbols, is so out of character.

“It’s regrettable that the party that is, it’s fair to say, disproportionately home to voters who are people of faith, has been silent on this question,” Mr. Speer said.

The Conservatives may have kept quiet during the debate over the bill because they were hoping to win seats in parts of Quebec outside Montreal where the law is popular. But the Bloc Québécois ended up taking those seats.

Vowing to throw the full weight of a Conservative federal government behind a constitutional challenge to Bill 21 would contrast sharply with the Liberals, who have hemmed and hawed on the new law, and who banned faith-based groups that oppose abortion from receiving summer job grants.

And it would tell immigrant Canadians that the Conservative Party defends the right of everyone to practice their faith as they see fit.

Coming out against Bill 21 could cost the Conservatives in Quebec. So it’s a risk. It will be interesting to see which, if any, of the three candidates is willing to take that risk. 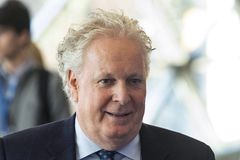 Report finds MPs vote with own party 99.6 per cent of the time, warns of unhealthy partisanship
January 21, 2020 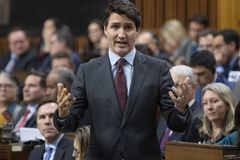 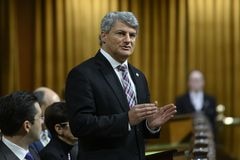