Premiers are ratcheting up their criticism of the federal Throne Speech, saying it’s an attack on their jurisdiction over health care and accusing Ottawa of ignoring their request for billions to fix gaps in the health system that existed long before COVID-19.

The premiers also complained that the speech made no mention of overhauling the federal fiscal stabilization program, which is designed to help provinces that face significant and unexpected drops in revenues.

The Speech from the Throne, delivered on Wednesday, highlighted the income supports for individuals and businesses that Ottawa will provide during the next wave of the pandemic and also set out how the government plans to stimulate an economic recovery.

On the issue of health care, it did not pledge major new initiatives in response to the pandemic, but reiterated its work to approve faster testing options, secure a vaccine and promised to increase surge testing capacity.

The government repeated Liberal promises from the past election for a national pharmacare program and to ensure every Canadian has a doctor or primary-care team. The speech also pledged to set national standards for long-term care homes and invest in shelters and transitional housing.

The Council of the Federation, which represents all of Canada’s provincial and territorial premiers, met Thursday and issued a statement outlining its concerns about jurisdictional issues and health care funding.

Ontario Premier Doug Ford earlier told a news conference that the provinces don’t need Ottawa meddling in their health care systems. Instead, he said provinces need money – something the premiers stressed last week as they asked for $28-billion a year in increased health transfers.

“If the federal government takes over health care, I think it would be an absolute disaster," Mr. Ford said. "Every premier feels the same way, that they should not be stepping into the jurisdiction of the provinces.”

Mr. Ford said successive federal governments have reduced Ottawa’s share of health care funding to about 20 per cent from 50 per cent over the years.

Manitoba Premier Brian Pallister said that funding gap, and the failure to address it now, is hurting the quality of care available to people in his province and across the country.

In the House of Commons on Thursday, Prime Minister Justin Trudeau pushed back against the accusations that Ottawa was wading into areas where it does not belong.

“The federal government continues to have an important role to play in ensuring the safety and security of all Canadians,” Mr. Trudeau said.

Speaking in French, he said his government recognizes provincial jurisdiction over health care. However, he also pointed out that Ottawa is already playing a role in health care delivery in Quebec after a request from the province.

“They’re doing a good job in their areas of jurisdiction. But we also recognize that we need to help, when there are outbreaks or bigger challenges than usual,” Mr. Trudeau said.

The Prime Minister said sending a “blank cheque” to the provinces for health care wouldn’t have helped. The crisis, he said, has shown that money is not enough.

“What was needed were people. It’s soldiers. It’s people from the Red Cross, to be there on the ground. So it’s not just a question of sending money,” Mr. Trudeau said.

In Alberta, Premier Jason Kenney predicted lawsuits from provinces seeking to fend off what he described as a “full-frontal attack" on their jurisdiction.

Mr. Kenney also panned the federal government for failing to mention the fiscal stabilization program. The Council of the Federation called last week for changes to the program to make it more responsive to economic challenges.

Mr. Kenney has argued that Alberta should receive more than $6-billion from the program due to steep declines in resource revenue in recent years.

He said the speech offered nothing to help the province recover from a downturn in the oil patch that began almost six years ago and instead promised to continue to pursue policies harmful to the oil and gas sector.

“These issues were not addressed,” he said. “There was space for every bright shiny object, every possible political distraction, kooky academic theories like intersectionality found their way into yesterday’s Throne Speech.”

Quebec Premier François Legault said he was disappointed with the speech and in Mr. Trudeau’s response to provincial concerns. He singled out the long-term care system as an area where the provinces simply need more resources.

“Rather than talk about standards and getting involved and saying that he knows about long-term care homes, let him do his share," he said in an interview broadcast by Radio-Canada.

"People send half their income taxes to Ottawa. It would be normal that Ottawa contributes more than 22 per cent.”

In contrast with his provincial colleagues, B.C.'s John Horgan, who is campaigning after his NDP government called a snap election, was largely upbeat about the Throne Speech.

Mr. Horgan said he welcomed the speech’s promises of investment for programs including early learning and child care.

Still, he said he’s anxiously awaiting the federal government’s plans around paid sick leave, which he said will become critical during cold and flu season. 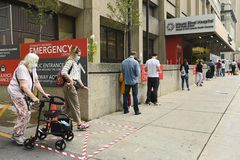 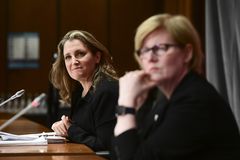