The Trudeau government must soon decide whether to allow Huawei Technologies to participate in building Canada’s 5G network, the next generation of the internet. That decision will shape relations with China, the United States and Canada’s allies in Europe and the Pacific.

And there is no good decision available.

Thinking about China hurts your brain. The regime in Beijing is more thuggish than any since former leader Mao Zedong was alive. More than a million people have been sent to camps for “re-education” because of their race and religion. Protestors in Hong Kong fight to secure their democratic freedoms. The arbitrary detention of Canadians Michael Kovrig and Michael Spavor by Chinese authorities is cruel and unjust.

And yet China remains the world’s second-largest economy, and a lynchpin of any future world order. Without China’s cooperation, there can be no hope of combatting global warming, or eradicating extreme poverty, or preserving a rules-based trading system.

“Everybody who’s looking at China has a headache,” said Paul Evans in an interview. Prof. Evans is a specialist in Asian-Pacific affairs at University of British Columbia. “This is a very tough time.”

The Huawei decision is particularly fraught. The Trump administration wants the Chinese company shut out of any participation in the 5G rollout, fearing espionage. Australia has complied. But other countries, including Germany, are resisting American pressure.

“Huawei is arguably China’s most successful international company,” says Gordon Houlden, director of the China Institute at University of Alberta. "Shutting them out would limit competition and increase costs.“ He favours a graduated approach, “whereby Huawei is given some space, but not free rein.”

But economist Duanjie Chen disagrees. The Munk Senior Fellow at Ottawa’s Macdonald-Laurier Institute, a think tank, would ban Huawei entirely. “We must place our national security above any commercial interest,” Ms. Chen said in an e-mail exchange. Allowing Huawei, with its close ties to the Chinese government, any access to such critical infrastructure “would be a strategic mistake we cannot afford to make.”

Even more critical to future Sino-Canadian relations is the case of Meng Wanzhou, the Huawei executive who was detained by Canadian authorities after an extradition request from the United States.

Wendy Dobson, co-director of the Rotman Institute for International Business at the University of Toronto, has a new book out on Canada-Chinese relations, Living With China. Prof. Dobson is deeply troubled that affairs between the two countries could hinge on the decision of a single judge.

If that judge rules that the extradition can proceed, “that would be very, very damaging on a permanent basis,” she said. Relations between the two countries would enter “a dark tunnel from which we will not soon emerge.”

But Prof. Evans believes we are still years away from a final ruling in the Meng extradition case. And he hopes that the United States, China and Canada will find some political solution that returns both Ms. Meng and the two Michaels to freedom.

And then there is the question of how to respond to alleged interference by the Chinese government, through its Canadian embassy, in pro-Hong Kong demonstrations here in Canada. Or how to lift the existing bans on agriculture exports. Or how to convince China to stop building coal-fired power plants, which are a major contributor to global warming.

Researchers at UBC and the University of Ottawa have been polling Canadian attitudes towards China over the past two years. The latest, released Friday, shows that only 29 per cent of Canadians view China favourably, compared to 36 per cent two years ago. (The online panel survey of 1,503 adult Canadians was conducted between Sept. 26 and Oct. 3 and reports a margin of error of plus-or-minus 3 percentage points.)

About half of all Canadians think it would be a mistake to allow Huawei into Canada’s 5G system as a major player, while one in four would be fine with it. Even so, six Canadians in 10 would like to see a free trade agreement with China (down from seven in 10 two years ago.)

There is public will to confront Chinese bad behaviour, but also a public desire for improved economic relations. Resolving that paradox must be the Liberal government’s highest foreign-policy priority.

Even if it requires painkillers. 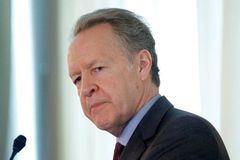 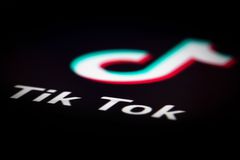 Governor-General Julie Payette says she hopes Ottawa and Beijing can use 50th anniversary of relations in 2020 to ‘bridge any divide’
November 1, 2019 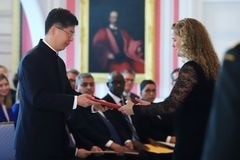