Justin Trudeau was not present for Question Period on Monday, delaying by another day questions from the opposition about the Mark Norman case.

Mr. Trudeau’s sudden shyness reinforces suspicions of political meddling that the Conservatives are exploiting to the hilt.

“Why did the Prime Minister try to weigh in on the scales of justice and interfere in the vice-admiral’s court case?” Opposition House Leader Candice Bergen asked in the House Monday.

But the facts do not support that allegation. As much as this might disappoint their critics, there is no evidence the Liberals interfered in the Norman prosecution.

The government did ask police to investigate the leak of a cabinet decision concerning a supply vessel from the Davie shipyard in Quebec.

The RCMP investigation led to a charge of breach of trust against Vice-Adm. Norman. That charge was stayed last week, more than two years after Vice-Adm. Norman was first suspended from the navy. He has suffered greatly as a result of this ordeal and deserves restitution.

But there is no evidence the government pushed the office of the director of public prosecutions to lay the charge. Quite the opposite.

In the recording of the Dec. 19 phone call between Jody Wilson-Raybould and Michael Wernick over the SNC-Lavalin affair, the former attorney-general warned the former clerk of the Privy Council that Mr. Trudeau is “interfering with one of our fundamental institutions,” and “breaching a constitutional principle of prosecutorial independence,” by trying to intervene in the case.

“We can stand up in the House of Commons on Norman on – totally appropriately on Norman – on extradition, and we can talk about the rule of law,” she states. “The cases are not dissimilar.” (“Extradition” refers to the detaining of Huawei executive Meng Wanzhou, which Canada maintains it was bound to do under an extradition treaty with the United States.)

In other words, Ms. Wilson-Raybould was saying that if she intervened in the SNC-Lavalin prosecution at the Prime Minister’s urging, the government would be guilty of committing the sort of offence that it did not commit in the Norman case.

Marie Henein, Vice-Adm. Norman’s defence attorney, alleged government interference as the case unfolded: coaching witnesses, withholding evidence. The allegation of Privy Council Office intervention even prompted the judge presiding over the case to question the independence of the Public Prosecution Service of Canada.

But all governments do everything they can to keep confidential deliberations from being made public. The PPSC stated emphatically that it “has not sought or received instructions in respect of the prosecution of Mr. Norman from the Privy Council Office or any other government department or body.”

Yes, there are plenty of unanswered questions: about why the government was so upset about the leak in the first place, about why Mr. Trudeau appeared to assume a charge would be laid before the charge was in fact laid – “not the best framing of words,” Procurement Minister Carla Qualtrough acknowledged on Sunday to Global News – and about why the government was so unco-operative – although again, this is typical of any government.

But questions aren’t facts. And the facts do not support the charge of interference in a criminal prosecution in Vice-Adm. Norman’s case.

The Liberals’ discreditable behaviour in the SNC-Lavalin affair has led many to suspect government meddling in the Norman case as well. But it’s important to remember that in the SNC-Lavalin affair, The Globe and Mail reported serious allegations of attempted political interference by the Prime Minister and his advisers in a criminal case. Those allegations were based on information from credible sources and were validated in testimony before a parliamentary committee. Nothing so substantial has occurred in the Norman case.

The Conservatives and NDP are calling for defence committee hearings into whether the office of the director of public prosecutions was subjected to political pressure in the Norman case. But in the absence of evidence, the hearings would simply be a fishing expedition.

Suspicions are not allegations. Innuendo is not evidence. According to the available facts, the Liberals did not interfere in the Norman case. 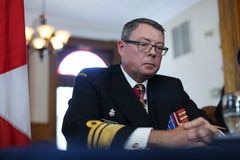 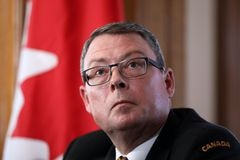 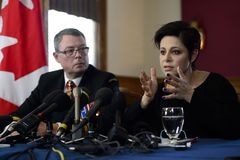