It is not cause for cheering, but it is still worth putting the enormous spike in federal spending and borrowing in historical perspective.

The federal government has announced a massive set of income supports, including broad-based emergency benefits for people who cannot or should not work, and 75-per-cent wage subsidies for employees at companies hit hard by the pandemic. Hoo boy. It will mean the government is sending cheques to millions – perhaps half the labour force. That is unprecedented.

But the levels of federal-government borrowing, of deficits and indebtedness, are not unprecedented. They are rare, but Canada has been there before.

It will be a lot more. Mr. Morneau has not yet provided an estimated figure for the cost of the wage subsidies, but it will be big. The C.D. Howe Institute estimated last week that a 75-per-cent wage subsidy would cost $6.3-billion a week, so about $80-billion for the three months of wage subsidies. Details could alter the price tag. At any rate, the ballpark estimates for the 2020-21 deficit are probably moving toward the $200-billion range from the $100-billion range.

In dollar terms, it is miles beyond the $56-billion record of 2009-10, when Stephen Harper’s government sought to respond to the financial crisis. Even in inflation-adjusted dollars, it would be the biggest deficit ever. But Lakehead University economist Livio Di Matteo, who wrote a 2017 fiscal history of the federal government for the fiscally conservative Fraser Institute, noted it is appropriate to compare the deficit and debt as a proportion of the economy of its era.

The deficits being projected now look to be roughly 5 to 8 per cent of GDP, Prof. Di Matteo said, which is nearing the level of the 8-to-9-per-cent deficits run during the First World War. We have hit similar levels in non-emergency times: The 1984 deficit was 8.1 per cent of GDP, when the economy was recovering from the 1982 recession and interest rates paid on the national debt were high.

But in those terms, the deficits are not on the scale of the Second World War, when military production and defence spending pushed the annual deficit to 23 per cent of GDP in 1943. A comparable deficit in 2020 would be nearly $500-billion, Prof. Di Matteo noted.

We are not nearly as indebted, either. Mr. Morneau forecast the debt at 31 per cent of GDP in 2020-21, and though it will end up much higher now, it would take a Second World War-level deficit to bring the national debt up to the 60-per-cent-plus levels of the 1990s, before then-finance minister Paul Martin instituted sweeping federal spending reforms. The debt will be nowhere near the 109-per-cent debt carried at the end of the Second World War.

That is not to say this Holy Cow deficit will not matter.

But historical perspective can remind of us a few things. One is that Canada has seen worse.

It is worth looking at the two reasons Prof. Di Matteo cites for Canada being able to dig itself out of deep debt after the Second World War: low interest rates and a booming economy.

We have one of those things now: low interest rates. Adding $100-billion in debt might cost only $1-billlion or $1.5-billion a year in interest. Historically, that has been important. In the 1980s, national debt built up because of high interest rates; the debt-service costs pushed up expenses, and things got worse. Right now, we are not headed into that trap.

The economy is not likely to boom the way it did in the postwar years, but it is still worth remembering that a stronger economy helps reduce red ink. The caveat in the current debt-to-GDP numbers is that they will get bigger if the economy shrinks a lot, and struggles for a long time. That suggests it is worth stabilizing the economy now to recover quicker. 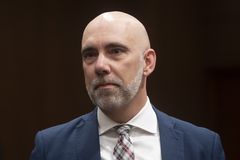 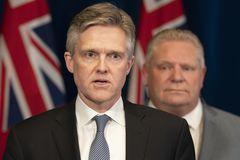