Prime ministers do not like being required to explain their role in a controversy before a tribunal. The most recent equivalent was Paul Martin’s testimony in 2005 before the Gomery inquiry into the sponsorship scandal. History is about to repeat itself.

Justin Trudeau is expected to appear before the House of Commons finance committee this week to explain how his government handed over a contract for almost a billion dollars to the WE Charity. His wife, brother and mother and Finance Minister Bill Morneau’s daughter have benefited financially from that organization. Opposition MPs have called on both Mr. Trudeau and Mr. Morneau to resign.

The problem with House of Commons committees is that the questions are often rhetorical, aimed at scoring cheap political points rather than at unearthing facts. But there are several questions that Mr. Trudeau should be required to answer. And there is one powerful message that the Prime Minister might wish to deliver. First, the questions.

1. What happened to the student volunteer program? The Canada Student Service Grant, which WE was contracted to administer, was supposed to pay thousands of students in financial need up to $5,000 for volunteer work in their communities.

Mr. Trudeau announced the program in late April, but it took two months to launch it, and to say that WE would run the thing. Less than two weeks after that announcement, with the opposition howling, the Ethics Commissioner investigating and the press publishing new revelations daily, WE and the federal government severed ties; the program would instead be administered in-house.

But it’s almost August, and the program still hasn’t relaunched. The students it was supposed to assist will soon be back in school. So Prime Minister: Has the Canada Student Service Grant program been cancelled? How do you explain this failure? What are you going to do with the money?

2. Who is to be held accountable? Mr. Trudeau and Mr. Morneau have both apologized for not recusing themselves from the cabinet discussion about awarding WE the contract. However, Ian Shugart, Clerk of the Privy Council, has pointed out that it simply isn’t possible for a prime minister and a finance minister to absent themselves from the discussion over a $900-million contract.

So who will walk the plank for this? Opposition MPs are calling for both Mr. Trudeau and Mr. Morneau – who last week revealed he had failed to reimburse WE more than $40,000 in travel expenses – to resign. That isn’t likely, though Mr. Trudeau must be thinking of shuffling his cabinet.

But who else in the Liberal cabinet is qualified to be Finance Minister? Mr. Trudeau relies heavily on Deputy Prime Minister Chrystia Freeland. Her background, however, is in journalism. Marc Garneau is capable, but he’s an astronaut, by training. In truth, the second Trudeau cabinet is thin on talent.

3. Why are so many politicians so close to WE? There may be no other charity so closely involved with so many politicians at so many levels. Saskatchewan Premier Scott Moe is also answering questions about his close ties to WE, after his government awarded it a contract. There are calls for the Toronto District School Board to review its ties with WE. Mr. Trudeau, why are you and so many other politicians so close to this charity?

Whatever the questions, Mr. Trudeau can be expected not to answer them, instead gliding smoothly to his chosen talking points, as he always does. But if he were brave, he might say something like this:

“Mr. Chair, through you to the committee: Get real. Canada faces the worst pandemic since the Spanish flu and the worst economic downturn since the Great Depression.

“Bill Morneau and I made mistakes, for which we’ve apologized. But it would be an act of folly for either of us to leave our posts in the middle of this emergency. Prime ministers and finance ministers don’t ‘step aside,' especially at a time like this.

“If the opposition parties want to combine to defeat this government in the House of Commons and force an election in the middle of this health and economic crisis, let them. Otherwise, we’re staying. Now, let’s all get back to work.” 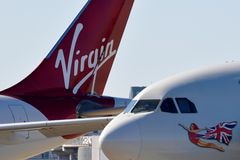