The director of federal prosecutions says she denied a deferred prosecution agreement to SNC-Lavalin because of the “severity and breadth" of its misconduct in Libya and past incidents of corruption in other countries.

In an exclusive interview with The Globe and Mail, Kathleen Roussel laid out – for the first time – her reasons for rejecting SNC’s request for a DPA, also known as a remediation agreement. A DPA allows a company to avoid criminal prosecution by paying hefty fines and changing the way it does business.

Ms. Roussel also praised former attorney-general Jody Wilson-Raybould for shielding her from Liberal government interference aimed at obtaining a DPA for the company.

In the interview, Ms. Roussel said it was inappropriate to grant a DPA to the Montreal-based engineering and construction giant because the offences were so serious. They centred on allegations that the company paid $48-million to influence the awarding of government contracts under Moammar Gadhafi’s regime and allegedly defrauded various Libyan organizations of roughly $130-million.

“The factor that really weighed against a remediation agreement was really the severity and breadth of the offence," said Ms. Roussel, the director of the Public Prosecution Service of Canada. "It was long in time – if you look at the hierarchy of the company, how high the scheme went in the hierarchy of the company. I think it is a pretty unprecedented offence in Canada and as a result of that, I didn’t feel it was in the public interest.”

Another factor in rejecting a DPA was SNC-Lavalin’s past behaviour. In 2013, for example, the World Bank imposed a 10-year ban on the company due to corruption and bribery allegations in Bangladesh.

"It is true SNC-Lavalin at the time I was dealing with them wasn’t the company that had committed the offence, but once you put all the various factors together and weighed them, I came out on the side of a prosecution was still the way to go.”

Ms. Roussel’s decision to proceed with the criminal prosecution in the fall of 2018 prompted a high-level lobbying campaign by SNC-Lavalin, culminating in efforts by Prime Minister Justin Trudeau and top aides to put pressure on Ms. Wilson-Raybould to direct the public prosecutor to grant the company a DPA.

In her first media interview since assuming her role in 2017, Ms. Roussel said she had “no knowledge” that the Prime Minister’s Office was trying to persuade Ms. Wilson-Raybould to end the fraud and bribery case against SNC.

“I had no knowledge of the political pressure she was feeling until the story broke in The Globe and Mail so I was entirely shielded,” she said. “At the end of the day, I was pretty much immune. I made my decision and informed the attorney-general and from there on it was her issue to deal with.”

Ms. Wilson-Raybould paid a heavy price when she declined to buckle under political pressure. She was demoted to Veterans Affairs in a cabinet shuffle in January, 2019.

In the fallout from The Globe revelations a month later, Ms. Wilson-Raybould and colleague Jane Philpott resigned from cabinet and were later kicked out of the Liberal caucus and party. The ensuing political crisis also resulted in the resignations of Mr. Trudeau’s most trusted adviser, Gerald Butts, and clerk of the privy council Michael Wernick.

Ms. Roussel would not say if she had been contacted as part of a continuing RCMP examination into whether the political interference amounted to obstruction of justice.

“If I were, I wouldn’t tell you. And I will say it’s been quite clear between us and the RCMP that if anything comes to this, we will be conflicted out because it starts with our file,” Ms. Roussel said. "We often ask a provincial colleague to step in and the other way around.”

The Globe has reported that the RCMP are in the process of determining whether there is enough evidence to launch a criminal investigation. The Mounties were denied access to cabinet documents and key government witnesses involved in the SNC-Lavalin affair after the Trudeau government invoked cabinet privilege and confidentiality. The RCMP would not comment on its inquiry.

Ms. Roussel, a 52-year-old lawyer, was deputy director of prosecutions before taking on the top job. She chooses her words carefully when asked whether she would have resigned if anyone in the PMO had attempted to personally lobby her.

“It’s too speculative," she said. "I certainly wouldn’t have resigned by virtue of an attorney-general coming to a different view from mine. I think if you do that then you are basically repudiating the safeguards in our statute and that is problem. It would have taken something really wrong with the direction I think for me have decided to resign.”

Ms. Roussel said the DPA law allows the attorney-general to override a decision of the director of public prosecutions. She said she hopes, though, that no attorney-general would bend to political pressure.

Ms. Roussel acknowledged that she was frustrated being cast into the national spotlight with the media and public demanding to know why she had refused to offer a DPA to SNC-Lavalin.

"At the end of the day for me, to have spoken at that time and talked about why I had or hadn’t decided I thought would endanger the prosecution and I really couldn’t take that chance. Which is a bit frustrating because you like to speak up for yourself,” she said.

During a preliminary inquiry last fall, SNC-Lavalin had argued that Ms. Roussel had abused the process by declining to offer a DPA, but, in late December, the company decided to work out a court-approved plea deal with her office. A division of the company pleaded guilty to a charge of fraud over $5,000, received a three-year probation order and paid a $280-million penalty. In return, the Crown dropped corruption-related charges, which could have prevented SNC-Lavalin from bidding on federal contracts for a decade.

“The greater lesson is how valuable it is to have really independent institutions dealing with these files. I think our system really did work as it should and I think it is borne out by the ultimate results on the file,” Ms. Roussel said.

Ms. Roussel has yet to grant a DPA to any Canadian company, but acknowledged that the case will likely set a precedent. The Globe reported in January that the RCMP are investigating at least two cases of alleged foreign corruption that could lead to the first DPAs in the Canadian judicial system.

She is adamant that Canada will not grant DPAs to repeat offenders, as is the case in the United States and Britain.

"So a DPA is a one-time thing, at least to my mind. It is not set out in legislation, but I think it would be very unusual for a company to benefit twice,” she added.

The public prosecutor said she is supportive of recommendations from former Liberal cabinet minister Anne McLellan to set appropriate conduct for ministers and their staff when consulting with the attorney-general and outlining the consequences of interfering with decision-making about prosecutions.

“Her recommendations pretty much capture the nub of the issue, which is making sure that cabinet ministers and politicians on any side and other departments know how to engage us properly, whether it is me or the attorney-general,” she said. 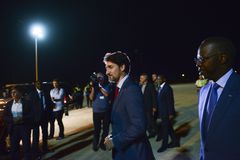