Canada’s top public servant went on the offensive against the Auditor-General on Tuesday, saying the Phoenix public-service pay system is not the “incomprehensible failure” it was recently called in a scathing report.

Privy Council Clerk Michael Wernick challenged Auditor-General Michael Ferguson’s assertion that the problems with the system, which has failed to pay tens of thousands of federal public servants properly for more than two years, are indicative of “pervasive cultural problems” in the federal civil service. He said a chapter in Mr. Ferguson’s May report on the cultural issues in the federal government is an “opinion piece.”

“I believe it contains sweeping generalizations, it’s not supported by the evidence and it doesn’t provide you with any particular guidance on what to do to move forward,” Mr. Wernick told a parliamentary committee on Tuesday.

“I also don’t agree that the pay system was an incomprehensible failure. I think it’s entirely comprehensible. It was avoidable, it’s repairable and it gives us all kinds of lessons about how to build a better public service.”

Opinion: The Phoenix disaster was predictable – and preventable

Mr. Wernick’s remarks infuriated NDP MP David Christopherson, who said he was shocked by the clerk’s opposition to the Auditor-General’s report.

“Either we have a deputy of the Privy Council who has his head buried in the sand and is in complete denial with what the cultural problems are, or we’ve got an Auditor-General that’s off the rails,” Mr. Christopherson said.

Mr. Wernick said he realizes the public service is not perfect, noting the need for it to become more nimble and willing to take risks. Rather, he took issue with the Auditor-General’s insinuation that the civil service is broken – something he fears is being used as a “political weapon.”

He said the Phoenix pay debacle was a “perfect storm” of factors, including an incentive structure that put pressure on senior public servants to deliver the pay system within budget.

In his report last month, Mr. Ferguson blamed three “executives” – senior public servants at Public Services and Procurement Canada (PSPC), which is responsible for Phoenix − for the system’s failure. He said the executives prioritized some aspects of the pay-system rollout, such as schedule and budget, over functionality.

Mr. Wernick declined to say whether the three were fired as a result of their handling of the pay system. More generally, he noted that it is extremely difficult to terminate employees below the deputy-minister level for poor performance, as they are protected by the Public Service Employment Act.

Public Services Minister Carla Qualtrough has said that “measures” were taken against the executives and that they are no longer working in government pay administration. However, it remains unclear if they are still employed by the federal government.

PSPC declined to release the names of the executives, citing “internal matters,” but noted that they did not receive performance pay in the 2015-16 fiscal year, when Phoenix was launched. It said that while the senior executives responsible for the implementation of Phoenix made mistakes, the department does not believe they acted with “ill intent.”

“They failed to properly understand and assess the complexity of the undertaking, the cumulative impact of their decisions and the seriousness of early warning signs,” department spokesperson Jean-François Létourneau said in a statement.

Mr. Wernick’s appearance before the House of Commons committee comes as the federal government marks its annual National Public Service Week, meant to recognize the work of civil servants. The Public Service Alliance of Canada (PSAC), the country’s largest civil-service union, will write to Prime Minister Justin Trudeau this week formally requesting a public inquiry into the Phoenix system.

“If the government truly wants to recognize the value and the work of federal public service workers, then it cannot keep stalling on compensating our members, and Prime Minister Trudeau will launch a public inquiry to ensure a fiasco like Phoenix never happens again,” PSAC national president Chris Aylward said.

The cost of implementing and fixing the ailing pay system has cost Canadian taxpayers more than $1-billion to date. Mr. Ferguson told the Senate finance committee on Tuesday the problems affect almost all federal public servants, including himself. 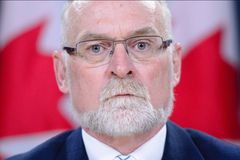 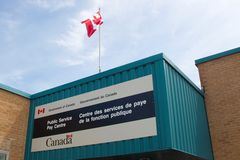 Opinion
The Phoenix disaster was predictable – and preventable
June 13, 2018 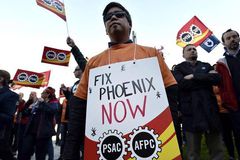