He warned that Canada would lose access to high-level U.S. intelligence if Ottawa decides to allow Huawei equipment in next-generation 5G networks.

In the same Monday meeting, sources say, Canadian security officials also outlined backdoors and malware problems that they had encountered with Huawei equipment. The sources declined to provide further details, citing the sensitivity of the intelligence. The Globe and Mail is keeping their names confidential because they are not authorized to publicly comment on the matter.

The sources said the White House adviser provided details of U.S. concerns on how Huawei equipment poses a spying risk, including allegations that it has been able to covertly access mobile-phone networks around the world through backdoors designed for law enforcement – first revealed by the Wall Street Journal last month. Huawei has denied that its equipment can be used for spying.

The U.S. embassy said Washington respects Ottawa’s “sovereign position” to make its own decision on whether to ban Huawei but noted that there would be consequences if the company is allowed into this country’s 5G network.

“Our position is that untrusted technology including telecommunications structures jeopardizes our ability to share intelligence at the highest levels. That was shared [with the Canadians] in a spirit of partnership,” the U.S. embassy said in a statement to The Globe.

The White House adviser told the Canadians that it is not possible to reduce the security risk posed by Huawei’s 5G technology through testing or restricting it to non-core parts of wireless networks, the sources say. He also invited Canadians to work with the U.S. on building an ultrasecure form of 5G technology.

He reminded Ottawa about the slew of criminal charges Huawei faces in the U.S. and suggested that was indicative of how the Chinese company operates, the sources said. In the past 14 months, U.S. prosecutors have accused Huawei of conspiring to steal trade secrets, engaging in bank and wire fraud and violating sanctions against Iran and North Korea, among other allegations. The company has pleaded not guilty to charges laid against it and accused the U.S. of trying to destroy its reputation.

Canada-China relations deteriorated significantly after Ottawa arrested a high profile Huawei executive in December, 2018, on a U.S. extradition request for bank fraud relating to violations of U.S. sanctions against Iran.

The office of the Public Safety Minister declined to divulge details of Monday’s discussions, including any concerns that Canada raised with the U.S. about Huawei.

Instead, Bill Blair’s press secretary, Mary-Liz Power, in a statement said the meeting was “part of regular and ongoing conversations with the United States regarding national security and continental telecommunications.”

She said the Canadian government’s study of 5G technology “and the associated security and economic considerations” continues.

“We are taking all security factors into account, including those from our allies and our security agencies," she said. "We will ensure that our networks are kept secure and will take the appropriate decisions in due course.”

Canada is one of the last members of the Five Eyes intelligence sharing alliance – the others are the U.S., Australia, New Zealand and Britain – to decide whether to ban Huawei from 5G. Britain angered the U.S. last month when it agreed to continue to allow Huawei gear in the non-core parts of its latest 5G network build-out.

The Globe has reported that CSIS and the Canadian military want Huawei banned in Canada while CSE, which handles cybersecurity, believes it can test and monitor the Chinese telecom’s 5G equipment for backdoors and malware.

The Trump administration, U.S. national intelligence agencies and Congress have led a global campaign against Huawei, arguing that it poses a risk to Western national security. Other countries building 5G networks without Huawei for this reason include Australia, Japan and Taiwan.

The U.S. and Australia say Huawei answers to China’s ruling Communist Party and could be compelled to help Beijing spy or sabotage Western networks. Chinese law says companies must “support, co-operate with and collaborate in national intelligence work” when asked. 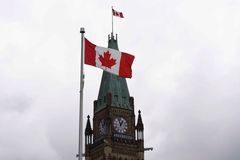 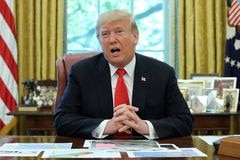