The federal Conservatives have asked Canada’s procurement watchdog to review the circumstances around several sole-sourced contracts between the Liberal government and WE Charity, including its administration of a $900-million federal program for students.

They sent a letter to federal procurement ombudsman Alexander Jeglic on Thursday as questions continue to surface around Ottawa’s decision to have the Toronto-based WE organization manage the Canada Student Service Grant.

Prime Minister Justin Trudeau has been on the defensive since Ottawa revealed last week that WE had been chosen to administer the program, which will provide students with up to $5,000 toward their education costs for volunteering for causes related to the COVID-19 pandemic.

The prime minister has faced allegations of cronyism and questions about a conflict of interest as Trudeau and his wife, Sophie Gregoire Trudeau, both have long-standing connections with the organization.

Trudeau has said WE will be paid only to cover its costs. He has also said the non-partisan public service concluded the organization was the only group in Canada with the capacity to run the program and reach the many thousands of young people who might sign up for it.

The Conservatives nonetheless referenced the prime minister’s ties to WE in asking Jeglic to investigate both the Canada Student Service Grant arrangement and five other sole-sourced contracts between the charity and Ottawa since March 2017.

The amounts for those other contracts range from $13,000 to $40,000, which means they were not required to be advertised for competitive bids, according to federal procurement rules.

The Tories write in their letter to Jeglic that “the Liberal government’s pattern of providing untendered and sole-sourced contracts to an organization with close personal ties to the prime minister, who is head of the government, is deeply concerning to many Canadians.

“We felt it prudent to raise and give a full argument to the procurement ombudsperson that this is not a one-time variance,” Conservative employment critic Dan Albas said Thursday.

The Conservatives earlier this week asked auditor general Karen Hogan to include an investigation into the circumstances around the decision to have WE manage the student grant program as part of a broader look at Ottawa’s COVID-19 relief spending.

“Our government is committed to providing the best services to Canadians and doing so in an open, transparent, and accountable manner,” responded Danielle Keenan, a spokeswoman for Youth Minister Bardish Chagger. “With respect to the Canada Student Services Grant, WE Charity was recommended by the public service and the contribution agreement followed federal government best practices.”

The letter to Jeglic follows emergence of a video earlier this week, obtained by The Canadian Press, that showed WE co-founder Marc Kielburger telling youth leaders last month the Prime Minister’s Office reached out to the organization about the student grant program one day after it was first announced on April 22.

Kielburger, who founded WE with his brother Craig Kielburger more than 20 years ago, backtracked this week, saying he “misspoke” and “contact came to WE Charity” from a senior public servant the week of April 26. That was the week after Trudeau announced the program.

But WE has not answered follow-up questions about whether there was any contact between the organization and the PMO the week of April 20, when the actual announcement was made. Trudeau’s spokesman has said there was no contact “to our knowledge.”

The government has refused to provide details about the contract with WE. It says it has allocated $19.5 million to cover administrative costs for the grant program. Of that, $5 million is for non-profits to provide volunteer jobs for students, including $300,000 for accessibility support.

NDP ethics critic Charlie Angus described the arrangement between the government and WE as a “political boondoggle” waiting to happen.

“We don’t know if $20 million is the max they’re going to receive. We don’t know if them hiring a whole bunch of people at WE is going to be an extension of the WE operation. … How is this not going to end badly?” 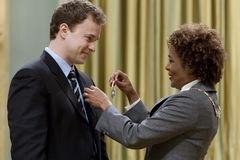 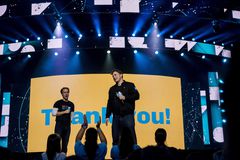