The Conservatives are preparing to force Parliament to pull an all-nighter on Thursday to compel Justin Trudeau to call his national security adviser to testify at a public committee about the Prime Minister’s recent trip to India.

The Tories will present a motion for debate and a vote in the House of Commons on Thursday calling for Mr. Trudeau to instruct national security adviser Daniel Jean to appear at the public safety and national security committee before the end of the month.

The Official Opposition is expecting to file dozens of other motions to trigger a marathon vote – likely extending throughout the night, or longer – if Thursday’s attempt to call Mr. Jean fails. Conservative spokesman Jake Enwright said the additional motions would be used only if the Daniel Jean motion is not passed.

“We want that official to brief a committee of Parliament,” Conservative MP Erin O’Toole, the party’s foreign affairs critic, said in an interview. “That’s pretty reasonable. So if [the Liberal government] is not going to finally accept some degree of accountability, we’ll be spending a lot of time in the House of Commons.”

The motion planned for Thursday asks that Mr. Jean provide the same briefing to committee members that he gave to journalists last month, when he suggested factions within the Indian government may have orchestrated the presence of Jaspal Atwal, who was convicted of attempting to murder a visiting Indian politician on Vancouver Island in 1986, at official events to embarrass the Prime Minister. Mr. Atwal was photographed with Mr. Trudeau’s wife, Sophie Gregoire Trudeau, and members of the Liberal cabinet, in Mumbai.

“If they refuse to allow Parliament, and by extension Canadians, to know the same basic level of knowledge they gave to a few journalists, that sounds like a cover-up to me,” Mr. O’Toole said.

B.C. Liberal MP Randeep Sarai initially took responsibility for inviting Mr. Atwal, but Mr. Jean later suggested in a background briefing with reporters that Mr. Atwal’s presence was arranged by people in India who want to prevent Prime Minister Narendra Modi from getting too cozy with a foreign government they believe is not committed to a united India. The Indian government has called the allegations “baseless and unacceptable,” and Mr. Atwal also denied any government involvement.

Foreign Affairs Minister Chrystia Freeland told CTV’s Question Period earlier this month that inviting Mr. Atwal was an “honest mistake,” and his invitation to a second event at the Canadian High Commissioner’s residence in Delhi was withdrawn.

Mr. Jean was not initially named in news stories about the briefing, but Conservative MPs later revealed his identity in the House of Commons. He has not commented publicly.

Mr. Trudeau and Public Safety Minister Ralph Goodale have repeatedly said they stand by public servants. Mr. Trudeau has defended Mr. Jean in the Commons, and last month said that when a top security official says something to Canadians, “it is because they know it to be true.”

Mr. Goodale, who will be the government’s point person on Thursday’s motion, has said the appropriate place to discuss the matter would be the closed-door national security and intelligence committee of parliamentarians.

Mr. O’Toole said the fact that Mr. Jean briefed reporters about the trip waives any suggestion that the information is confidential.

“This is a big scandal, and I think only Mr. Jean can shed some light on it,” he said.

Conservative MPs on the national security committee have already attempted to force Mr. Jean to testify, but Liberal MPs on the committee blocked the motion.

A similar motion from Conservative senators to invite Mr. Jean to appear at the Senate’s national security and defence committee is stalled in the Red Chamber.

“We have the Trudeau senators doing their best to sit on it and making sure it doesn’t see the time of day,” Conservative Senator Leo Housakos said. 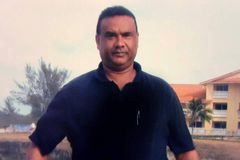 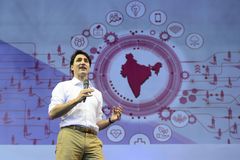