The new NAFTA. NAFTA 2.0. USMCA. CUSMA. Call it what you will, the trade agreement involving Canada, the United States and Mexico will almost certainly not be ratified this year, if ever.

After U.S. President Donald Trump insisted that the existing North American free-trade agreement be reworked, teams from all three countries laboured through months of negotiations before reaching a deal last fall. For the foreseeable future, that deal will sit in a drawer.

“It doesn’t appear possible that there will be any ratification this year,” Lawrence Hermann, a lawyer who watches Canada-U.S. trade issues closely, said in an interview.

“The political agenda is simply too toxic.”

Part of the problem is that there is little good will on all sides, according to Ari Van Assche, an economics professor who specializes in trade policy at HEC Montreal, a business school affiliated with the University of Montreal.

Unlike regular trade negotiations, in which all sides are striving to agree, these talks began with a U.S. ultimatum: Give us a better deal or else.

They got the deal. But “everybody has this bad will already,” he said.

Complicating the issue on this side of the border is the SNC-Lavalin affair. The Conservatives are determined to force Prime Minister Justin Trudeau to waive cabinet confidentiality so that former cabinet ministers Jody Wilson-Raybould and Jane Philpott can talk freely about the events that led to their resignations.

As part of the pressure, the Official Opposition is employing every available parliamentary trick to obstruct the passage of legislation. The Liberals have their own tricks, of course, which they will use to get the budget and several other pieces of legislation passed before the House rises in June and Parliament is dissolved, launching the Oct. 21 general election.

But with only eight sitting weeks remaining, there just isn’t time to get the existing agenda through the House and Senate, and NAFTA legislation, too.

Even if there were a way to get the deal through Parliament, Foreign Minister Chrystia Freeland has made it perfectly clear that Canada will not ratify unless the Trump administration eliminates the surcharges it imposed on Canadian aluminum and steel imports.

“I think many Canadians have a really hard time understanding how we could take the final steps on NAFTA while those tariffs remain in place,” she told The Globe and Mail in Washington on Thursday.

Nancy Pelosi, the Democratic Speaker, and Richard Neal, chairman of the House ways and means committee, are all-powerful when it comes to choosing what does and doesn’t come before the House of Representatives. Unless they agree, the new treaty has no hope of ratification. Ms. Pelosi has said she wants stronger labour rights in Mexico, so that wages there will rise.

Mexico is passing new labour legislation to accord with the agreement, but that’s unlikely to be enough for the Democrats in Congress, who are in any case reluctant to allow the Republican President a win on trade.

Add it all up and “the delay could go on forever,” Mr. Herman says. Prof. Van Assche agrees. “It is difficult to see any type of ratification without some big move.”

That move could include Mr. Trump announcing an end of the steel and aluminium tariffs or threatening to cancel the existing NAFTA, either of which might force Congress, Canada and Mexico to act.

The more likely scenario is that everything is set aside until at least 2020.

“The hope is cool heads will prevail and eventually ratification will be happening,” Prof. Van Assche said.

But next year is election year in the United States, which will make it hard to get anything looking like a Republican victory through the Democrat-controlled House.

For better or worse, we are likely to continue living under the old NAFTA regime for quite some time. Unless, of course, Mr. Trump does move to scrap NAFTA completely. But that just doesn’t bear thinking about. 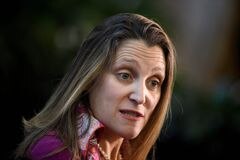 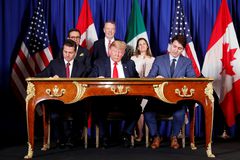 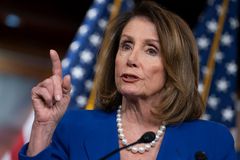