Transport Canada has failed to fully implement key safeguards for transporting dangerous goods nearly a decade after promising to do so, according to a new report from the Commissioner of the Environment and Sustainable Development.

The federal department is responsible for ensuring safety in the movement of dangerous goods such as crude oil, petroleum and radioactive materials by rail, road, ship and air through inspections. In a report released on Tuesday, Commissioner Andrew Hayes revealed that companies subject to safety regulations aren’t yet legally required to register with Transport Canada, thousands of locations that may need monitoring go without, companies operate without finalized emergency response plans, and Transport Canada doesn’t always follow up on firms found in breach of safety rules.

The report said the federal department hasn’t finished implementing changes called for in the commissioner’s 2011 audit, and in some cases, Transport Canada says, it needs another two years to complete the work.

Quickly addressing the gaps in the system is crucial, Mr. Hayes said, noting that in the past year, rural Saskatchewan has had two fiery train derailments. He added that some of the outstanding recommendations were in response to the 2013 crash in Lac-Mégantic, Que., where a runaway train exploded in the middle of the town, killing 47 people.

However, he did note that the department “has made some improvements” since 2011. Tuesday’s audit covered the 2018-19 fiscal year.

The report did not break down the modes of transport, so it’s unclear if there are more problems in monitoring some types of transport over others. The commissioner’s report says data on the volume of dangerous goods shipped by road, air and sea were not available. The department’s tracking of rail shipments shows the volume of dangerous material moved by train has increased to 54.2 million metric tonnes from 31.8 million in 2011.

Mr. Hayes found that the department missed its targets to decrease the rate of reported spills and accidents. At the same time, annual inspections have more than doubled since 2011, as has the budget and staffing for the monitoring program.

In an e-mailed statement, Livia Belcea, a spokesperson for Transport Minister Marc Garneau, said the department is “committed to ensuring the safe and efficient transportation of goods, people, and energy" and "supports continuous improvement.”

“The transportation of dangerous goods is strictly regulated under the Transportation of Dangerous Goods Act,” Ms. Belcea added. However, the report from Mr. Hayes says monitoring is spotty.

Since the 2011 report, the department identified more than 2,000 possible new sites that need inspections, but they have not yet been confirmed or entered into the database, the commissioner found. While the department is missing some sites, it’s also still tracking locations that no longer need monitoring. The report said that 29 per cent of the sites slated for inspection in 2018-19 had either closed, moved, were duplicated or no longer handled dangerous goods. In its response to the commissioner, the government said it will change the law so that by late 2022, companies are required to register, and will this year try to remove irrelevant entries from its database.

The report also found that in 6 per cent of cases in 2018-19 where inspectors found violations, the risk score was mistakenly set at zero. Moreover, the system used to track violations and risk understates risk level because only one violation can be scored for each area of the act, the report said. So, for example, at a facility where dangerous goods were being off-loaded from rail cars, inspectors found three violations on three tanks carrying corrosive or combustible liquids, including an improperly applied hand brake. The system recorded a risk score for only one of the breaches. The department said the problems with scoring would be resolved by fall 2021.

The auditors also found that in 30 per cent of cases that were reviewed, Transport Canada did not follow up with companies found in breach of safety standards to ensure they had corrected the issue. The report also says that as of December, 2019, one in 10 safety certificates for facilities that manufacture, test and repair transport containers had expired, and Transport Canada did not know whether those facilities kept operating without a certificate.

Transport Canada said these concerns would be addressed by the spring.

Finally, the report said 21 per cent of companies that transport or import dangerous goods at a “high risk to public safety” were operating under only interim approval for their emergency response plans. One of the companies has been operating under an interim approval since 1999, and the agency only plans to finalize approval of the company’s emergency response plan by 2021. That’s six years after Transport Canada created a new rule that limits to three years the time that companies can operate under certain interim emergency plans.

Part of the problem, according to the federal department, is that it has not yet developed national standards for assessing firefighting capacity, as was recommended after the Lac Mégantic disaster. Transport Canada said in response to the commissioner that it will complete investigations of emergency plans for all companies that have been operating under interim approval for more than three years by December, 2021. 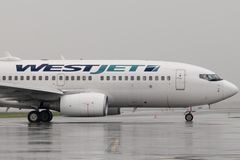 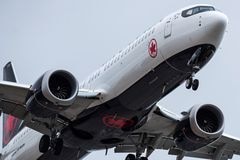 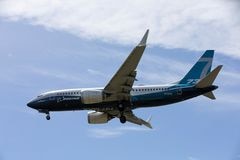