Justin Trudeau is facing accusations of cronyism after his government outsourced the administration of a $912-million student volunteer program to a charity with close ties to the Prime Minister and his family.

The government announced Thursday that the new Canada Student Service Grant will be administered by WE Charity, an international charity that organizes large-scale WE Day events for young people that frequently feature Mr. Trudeau and his wife, Sophie Grégoire Trudeau, as keynote speakers.

Ms. Grégoire Trudeau is a volunteer “ambassador and ally” of the WE Well-being initiative and hosts a mental health podcast for the organization. She was in London in early March – along with her daughter, Ella-Grace, and her mother-in-law, Margaret Trudeau – to speak at an indoor WE Day event attended by 13,000 people when she contracted COVID-19. (She has since recovered.)

While most of the $912-million will go to student volunteers, Mr. Trudeau declined to say Friday how much of that amount will go to WE Charity for administration costs. He also said it was the public service that concluded the charity is the only organization in Canada that has the scale and ability to deliver the program.

“Yes, I have worked with WE in the past because I believe strongly in promoting opportunities for young people,” he said. “I’ve appeared in events with them, voluntarily of course, and have done that with many great businesses and organizations across the country that I believe in, that I think we need to support, and I will continue to do so, as will my family.”

Conservative and NDP MPs called on the federal government to release the terms of the federal contract with WE Charity.

NDP ethics critic Charlie Angus expressed skepticism that the public service would recommend outsourcing administration of a federal program after recently demonstrating the ability to manage much larger emergency programs during the pandemic.

“It stinks of cronyism,” he said in an interview, adding that WE Day events have given the Trudeaus a positive platform over the years to address thousands of Canadians as they are about to become first-time voters.

“I find it extraordinary that Canada’s civil service would come to the Prime Minister and say, ‘Listen, we’re not equipped to deliver programs for the Canadian people. You should privatize it and give it to a group that’s very close to you,‘” he said. “I would love to see who gave that recommendation because it just boggles the imagination.”

Mr. Angus said he’s concerned that WE Charity’s work would presumably be exempt from federal Access to Information laws and that the organization will be gathering large volumes of personal information on participants.

“Given the Trudeau government’s history of ethical violations, the Liberals must immediately release the contract for this partnership,” she said in a statement. “Trudeau’s failure to provide answers about this contract raises more questions about how he was involved in this decision, why he doesn’t think his own government officials can administer the program, and how much it will cost Canadians to outsource this program.”

A spokesperson for WE referred questions about the program to the federal government.

WE Charity will help administer the program “by providing back-end support for screening, onboarding, and training, and matching functions, in addition to the disbursement of grants to eligible participants,” the government said. A spokesperson for Employment and Social Development Canada said the department recommended funding WE Charities to deliver the program based on the charity’s past work with the government.

The Globe and Mail is a WE Charity media partner.

Nicole Brayiannis, national deputy chairperson of the Canadian Federation of Students, said in an interview that her organization’s main concern with the contract is the lack of clarity over how much of the program’s budget will go to WE’s administration costs and whether that money could have been better spent on students.

“We don’t want to see students in a position where they are performing work that an employee of an organization should be doing,” she said. 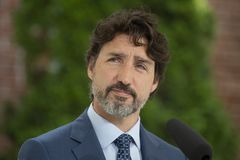 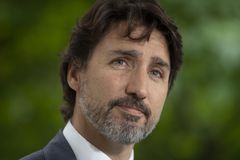 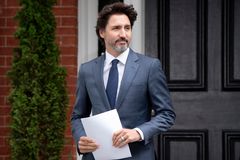