Justin Trudeau has apologized to the chief of a B.C. First Nation after choosing to vacation at a Tofino beach house rather than attend the community’s event on the National Day for Truth and Reconciliation. His absence from any public events on Thursday prompted intense criticism from Indigenous leaders.

Tk’emlúps te Secwépemc had sent the Prime Minister two invitations to attend its ceremonial event near the former Kamloops Indian Residential School. The remains of about 200 children were discovered at the site in late May, galvanizing the country and sparking renewed calls for accountability for the horrors inflicted upon Indigenous children in Canada’s residential-school system.

Similar searches followed at other sites. The Cowessess First Nation said in June that it had located up to 751 unmarked graves at the former Marieval Indian Residential School site.

Alex Wellstead, a spokesperson in the Prime Minister’s Office, told The Globe and Mail Sunday that Mr. Trudeau reached out to Tk’emlúps te Secwépemc Kukpi7 (Chief) Rosanne Casimir and the two spoke by phone on Saturday. Mr. Wellstead said Mr. Trudeau offered an apology, but the PMO did not provide further details on the nature of the apology.

Mr. Wellstead said the Prime Minister is planning to visit the community soon.

The Tk’emlúps te Secwépemc confirmed Sunday that Mr. Trudeau had apologized to Ms. Casimir on Saturday.

The commission said such a day would honour survivors, their families and communities, “and ensure that public commemoration of the history and legacy of residential schools remains a vital component of the reconciliation process.”

Mr. Trudeau did go to a related event on Wednesday evening but did not attend any events on the official day. His itinerary said he was in private meetings in Ottawa that day, but his office later confirmed that he had travelled to Tofino with family. His itinerary for Sunday said he remained in Tofino for “personal” time. His office declined to say how long Mr. Trudeau would remain on vacation.

Indigenous leaders across the country have strongly criticized the Prime Minister’s decision not to attend any events on Thursday and for the fact that he flew directly over Kamloops, where he had been invited to attend a ceremony.

RoseAnne Archibald, National Chief of the Assembly of First Nations, said that like she told the Catholic Church, hollow apologies will no longer be accepted.

“As National Chief, on behalf of all First Nations, I expect concrete action and changed behaviours,” she said in a statement issued Sunday. “The Prime Minister must demonstrate through actions that he is committed to the healing path forward.”

Ms. Archibald also asked media outlets to give as much time to the stories of survivors, and the children “who died in the institutions of assimilation and genocide,” as they are giving to the Prime Minister’s behaviour.

The Union of British Columbia Indian Chiefs (UBCIC) said in a statement Thursday that Mr. Trudeau’s decision not to attend the Tk’emlúps te Secwépemc event was an “arrogant dismissal” and a “slap in the face” to residential-school survivors.

UBCIC president Grand Chief Stewart Phillip said he was shocked and outraged when he first learned of the Prime Minister’s holiday plans.

“I describe the Prime Minister as not having the qualities and integrity of a national leader, of an individual who holds the highest office in the land,” Mr. Phillip said in an interview on Sunday. “Rather, his behaviour reflects the behaviour of a spoiled, petulant child of privilege. And we’ve been putting up with it for six years.”

Mr. Phillip cited as another example Mr. Trudeau’s visit to the former Marieval Indian Residential School in July, during which the Prime Minister took a knee and placed a teddy bear at an unmarked grave. At the time, Ottawa was seeking a judicial review of a Canadian Human Rights Tribunal compensation order for First Nations children. In a Sept. 29 decision, the Federal Court upheld a pair of rulings on the matter, potentially leaving the federal government liable for billions of dollars in compensation.

“I’m grateful that the Prime Minister apologized to Chief Rosanne Casimir, but I’m totally unimpressed with the political theatrics, the stonewalling that took place up to this point,” Mr. Phillip said.

“The Prime Minister spoke with the chief at Kamloops on the weekend and he spent some time on Thursday also talking to survivors of residential schools to better understand the path forward, and their views on how the government can be a valuable partner,” he said.

“The Prime Minister attended a solemn ceremony on Wednesday evening in Ottawa to mark the first national Truth and Reconciliation day, something that our government obviously brought about. … We certainly believe that the commitment to reconciliation is profound and is shared by all members of our government.” 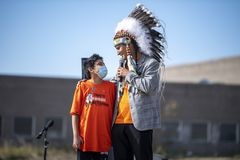 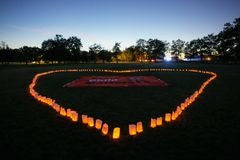 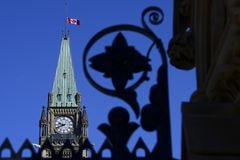 Follow Bill Curry and Andrea Woo on Twitter @curryb @andreawoo
Report an error Editorial code of conduct
Due to technical reasons, we have temporarily removed commenting from our articles. We hope to have this fixed soon. Thank you for your patience. If you are looking to give feedback on our new site, please send it along to feedback@globeandmail.com. If you want to write a letter to the editor, please forward to letters@globeandmail.com.
Comments