Prime Minister Justin Trudeau has appointed a business-oriented Environment Minister, sending signal to the oil patch that it won’t be left behind even as the government promises to do more to tackle climate change.

B.C. MP and former fisheries minister, Jonathan Wilkinson was sworn in as Minister of Environment and Climate Change on Wednesday, taking over the contentious file from Catherine McKenna.

Mr. Wilkinson is taking the job at a critical time for the government. The Liberals still need to unveil more aggressive policies if Ottawa is to meet its 2030 emissions-reduction targets, but the policies already in place have alienated people in Alberta and Saskatchewan. And in the October election, voters in the two provinces ousted their Liberal MPs.

“One of the biggest challenges is going to be addressing the divisions … that run through our country, much of which focus on questions of energy and climate,” climate science professor Katharine Hayhoe of Texas Tech University said.

Taking on the energy side of the issue for the Liberals is Seamus O’Regan. He previously led Veterans Affairs and then Indigenous Services, and is now in charge of Natural Resources.

In a 2018 report, the United Nations’ Intergovernmental Panel on Climate Change said the world is on track to blow past targets to limit warming to 1.5 C. If it doesn’t change course, the report said, the result will be catastrophic for human society and the broader environment.

The Liberals have promised to set Canada on a path to net-zero emissions by 2050, which environmentalists say requires phasing out the consumption and production of fossil fuels. However, on Wednesday, Mr. Trudeau said Alberta and Saskatchewan are an “essential element“ in Canada’s transition to a low-carbon economy.

Mr. O’Regan said the Liberals will work to ”find that muddled middle” between the people who “scream” on either side of the debate.

The Environment and Natural Resources Ministers will work closely on files such as the implementation of the environmental-assessment act. Mr. O’Regan is also likely to take the lead on the construction of the Trans Mountain pipeline expansion. The government bought the pipeline in 2018 to the protests of environmentalists.

Mr. Wilkinson, a Rhodes scholar and former clean-tech executive, immediately faces controversial files. He will soon have to decide whether to approve proposed industrial carbon taxes in Ontario and Alberta that would replace the federally imposed tax and will have to finalize the clean-fuel standard, requiring further emissions reductions in the oil and gas sector.

“It’s probably the most challenging portfolio in government and he is remarkably well suited for those challenges,” University of Ottawa law and economics professor Stewart Elgie said about Mr. Wilkinson. He noted that on top of the climate file, Mr. Wilkinson will be charged with phasing out single-use plastics and protecting more land and water habitats.

Mr. Wilkinson said fossil fuel-producing regions of the country have “legitimate economic concerns” that need to be addressed while the government also redoubles its efforts on climate change.

Conservatives raised questions about Mr. O’Regan’s credibility as Natural Resources Minister, because he’s an MP from Newfoundland and Labrador and his file will likely be dominated by issues facing the Prairies. Mr. O’Regan noted that his constituents are also oil and gas workers in the off-shore oil sector and also travel between the Atlantic province and the oil patch in Saskatchewan and Alberta.

Mr. O’Regan acknowledged his province’s industry is different from those of Alberta and Saskatchewan. He said he shares their concerns about accessing international prices for their oil, and he will meet with his Albertan counterpart, Sonya Savage, in Calgary on Thursday.

Former Newfoundland premier Brian Tobin, now vice chair of BMO Financial Group, said Mr. O’Regan will be a useful ally for Intergovernmental Affairs Minister Chrystia Freeland in dealing with Alberta and Saskatchewan, because he understands the importance of oil to the Canadian economy.

“He knows the industry, knows the importance of the regulatory environment and he knows that with a fragile economic system, industry must develop with caution,” Mr. Tobin said.

B.C. Environment Minister George Heyman said the two governments will still disagree on the Trans Mountain oil pipeline, but will be able to find “common ground” on climate action.

In a statement, Alberta Premier Jason Kenney reiterated his call for Ottawa to scrap incoming federal environmental rules and immediately send the province a $1.73-billion cheque to help with its economic downturn.

Saskatchewan Premier Scott Moe said a number of ministers with Prairie roots will only succeed if they shift the Trudeau government’s approach on issues like pipeline expansion.

With reports from Justin Giovannetti in Calgary, Justine Hunter in Victoria and Robert Fife in Ottawa. 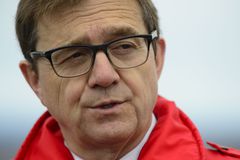 BioteQ's Jonathan Wilkinson a business oddity, but no fish out of water
January 8, 2012 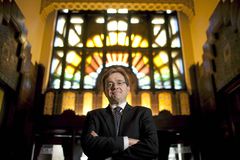