Justin Trudeau is expected to rely on an experienced former staffer and a recent recruit to his office to join him on his campaign tour as the Liberal Party of Canada holds a retreat Thursday to finalize its election strategy, officials said.

Liberal sources said that Mr. Trudeau has asked his former chief of staff, Cyrus Reporter, as well as his current senior adviser, Ben Chin, to join him on the plane and bus that will transport him across the country during the next election. The Globe and Mail has granted anonymity to the party officials because they were not authorized to speak publicly about internal planning for the campaign.

The Liberals’ large pre-election meeting in Ottawa this week will be attended by high-ranking party volunteers and staffers, campaign co-chairs, regional chairs and organizers.

The retreat comes at a crucial time for the Liberal Party, which has endured its roughest patch in public opinion polls this spring and is now operating without the full-time input of Mr. Trudeau’s long-time friend and adviser Gerald Butts.

The election call is expected to come in early to mid-September, with the vote scheduled for Oct. 21.

Liberal spokesman Braeden Caley said the party will hold a series of events in ridings across Canada on Saturday to mark the 100-day countdown to the election.

Mr. Chin is a former chief of staff to Finance Minister Bill Morneau who was recently brought into the Prime Minister’s Office after Mr. Butts’ resignation. While Mr. Chin has worked alongside Mr. Trudeau for years, his main experience in politics has come at the provincial level in Ontario and British Columbia. He was a member of former Liberal leader Christy Clark’s leader’s tour during the B.C. elections in 2013 and 2017.

According to the most recent poll by Nanos Research, the Liberal Party of Canada is back in the lead after a tough start to the year that was dominated by the fallout from the SNC-Lavalin affair. The Liberals are now at 34.6 per cent in the poll, followed by the Conservatives at 30.4 per cent, the NDP at 17.9 per cent and the Greens at 8.8 per cent. Nanos randomly surveyed 1,000 Canadians, and the margin of error for the random survey is 3.1 per cent, 19 times out of 20.

A key issue in the coming election will be voter turnout and whether the Liberal Party can repeat its performance of 2015 and convince large numbers of young Canadians to cast a ballot.

In 2015, there were 2.9 million more ballots cast than in the election four years earlier, which was a key component of the Liberal victory, especially given the collapse of the NDP vote.

Ruth Dassonneville, who holds a Canada Research Chair in Electoral Democracy at the University of Montreal, said the Liberals will face a challenge in mobilizing voters disenchanted with Mr. Trudeau’s first mandate.

“My expectation would be that turnout will be going down again, mostly because it is the young who are not turning out to vote. If you want to change that, you really need to exchange with youth and Trudeau successfully did so last time. But it’s hard to continue to repeat that every single time,” she said.

The Conservatives have been running a series of ads that state that Mr. Trudeau’s time in government has been “not as advertised,” which is seen by many as an attempt to persuade left-of-centre voters to either support another party or stay at home on Oct. 21. 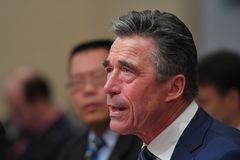 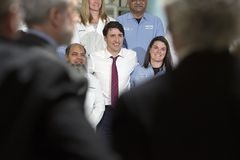 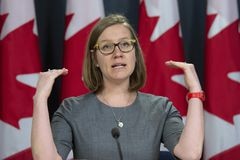