Prime Minister Justin Trudeau has reached out to a former clerk of the Privy Council, who he abruptly removed shortly after he came to power in late 2015, to fill in for the current top bureaucrat who is taking medical leave.

Mr. Trudeau announced Monday that Janice Charette, a career civil servant and current high commissioner in London, will take over on an interim basis as Clerk of the Privy Council, the most senior position in the federal public service.

Ms. Charette, who briefly held the job of Clerk under Mr. Trudeau, is being recalled from London to fill in for Ian Shugart, who is taking a leave to undergo cancer treatment.

“Ms. Charette is well-positioned to assume these responsibilities given her exceptional public-service career and leadership experience, including as Clerk of the Privy Council from October, 2014, to January, 2016,” the Prime Minister’s Office said in a statement.

A senior government official said the Prime Minister wanted an experienced hand as his top public-service manager while the country continues to grapple with the COVID-19 pandemic. The official also said Ms. Charette has a trusted relationship with Mr. Shugart. The Globe and Mail is not identifying the source because they are not authorized to speak publicly about the matter.

The source said the Prime Minister is expected to soon announce that Ms. Charette will be replaced as high commissioner to Britain by former Liberal cabinet minister Ralph Goodale.

Ms. Charette was suddenly removed as Clerk a few months after the Liberals formed the government in October, 2015, and sent to London as Canada’s top diplomat. She was replaced at the Privy Council by her deputy Michael Wernick, who stepped down in 2019 during the political fallout of the SNC-Lavalin scandal.

The Liberal government has never explained why Ms. Charette was pushed out as Clerk. Her departure was announced in a terse news release when Mr. Trudeau was at the World Economic Forum in Switzerland in January, 2016, and came two days before she was to chair a conference of deputy ministers.

The Globe reported at the time that Ms. Charette had run afoul of the Prime Minister’s Office when she opposed the appointment of Mr. Trudeau’s campaign policy adviser, Matthew Mendelsohn, as deputy clerk of the Privy Council. Although Mr. Mendelsohn once served as a deputy minister in Ontario and founded the Mowat Centre think tank, Ms. Charette was reportedly concerned his role in the election would taint the non-political public service.

Public-service expert Donald Savoie, who holds the Canada Research Chair in Public Administration and Governance at the University of Moncton, said it makes sense that the Prime Minister would want someone with deep experience beside him over the next several months.

“So you don’t have to move anyone out of a major department for the next several months and Janice Charette seems to be the right candidate,” he added.

Acting as the deputy minister to the Prime Minister, the Clerk advises the government on everything from policy to looming appointments and is expected to marshal the public service to carry out cabinet’s priorities.

Ms. Charette’s rise in the public service occurred under both Liberal and Conservative governments.

Prof. Savoie said Ms. Charette was right to express concerns about politicization of the public service but he also noted the tendency in recent decades for incoming prime ministers to change the Clerk.

When Stephen Harper became prime minister, he replaced then-clerk Alex Himelfarb a few weeks after the new government’s swearing in. After a stint as ambassador to Italy, Mr. Himelfarb would go on to be a vocal critic of the Conservatives outside of government, accusing them of “crushing” the progressive state. 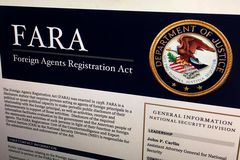 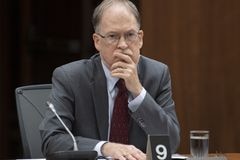