Prime Minister Justin Trudeau has come to the defence of embattled Gov. Gen. Julie Payette, saying Canada has an “excellent” representative for the Queen and that now is not the time to replace the former astronaut.

The comments follow allegations that employees in Payette’s office at Rideau Hall have been subject to workplace harassment as well as reports of her having incurred a variety of extraordinary costs since she was named Governor General.

Asked about replacing Payette while appearing on RED FM’s The Harjinder Thind Show in Vancouver, Trudeau said: “We have an excellent Governor General right now, and I think on top of the COVID crisis, nobody’s looking at any constitutional crises.”

The prime minister noted the federal government has hired a consulting firm to investigate the reports of a toxic work environment at Rideau Hall, but added when it comes to replacing Payette, “that’s not something we are contemplating right now.”

Payette has found herself the focus of intensifying public scrutiny in recent weeks following reports about expensive renovations at Rideau Hall to suit Payette’s wishes and alleged mistreatment of current and former staff within her office.

Federal New Democrats immediately criticized Trudeau’s comments on Wednesday, questioning how the prime minister can support the Governor General when the reports of harassment have yet to be investigated.

“How can he be so sure that Ms. Payette is an ‘excellent’ Governor General and that it’s appropriate for her to remain in her current role without hearing the facts first?” NDP whip Rachel Blaney said in a statement.

“The prime minister appointed Ms. Payette and he has an obligation to show some real leadership, accept the findings of the investigation, and ensure people working in that office are treated with respect and dignity.”

Conservative Leader Erin O’Toole, in an appearance on Parliament Hill, said it would be inappropriate for him to comment on Payette’s suitability to continue as Governor General.

The appointment of a governor general is made by the Queen on the prime minister’s advice. Trudeau tapped the former astronaut, engineer and scientist in 2017.

The CBC reported in July, citing anonymous sources, that Payette had yelled at, belittled and publicly humiliated employees, reducing some to tears or prompting them to quit.

The Privy Council Office announced this week that it has hired Ottawa-based Quintet Consulting Corp. to conduct a third-party investigation.

Quintet was called in seven years ago to probe issues within the RCMP protective unit for then-prime minister Stephen Harper. It also investigated problems with former senator Don Meredith.

Payette herself has welcomed a review, saying in a statement that she was “deeply concerned” about the allegations.

The CBC and Postmedia have also reported that hundreds of thousands of dollars have been spent on designs and renovations Rideau Hall, some allegedly at Payette’s personal request, for privacy, accessibility and security reasons.

“I do think that all of us who have the privilege of serving Canadians have to really be mindful that when we spend money, we are spending the money of Canadians and we have to be very, very thoughtful about that, very careful about that,” Freeland said.

Freeland at the time said she respected the office of the Governor General,but sidestepped questions about whether she supported Payette.

While the Governor General is a largely symbolic position, it does have some constitutional importance, particularly during a minority government such as the one Canada has now.

In 2008, former prime minister Stephen Harper asked then-governor general Michaelle Jean to prorogue Parliament to avoid a non-confidence vote he was expected to lose — a decision that was controversial at the time but in keeping with constitutional tradition.

If she disagreed or refused to leave when asked, the prime minister could call the Queen and request that she be dismissed. But experts say that would only be a last resort. 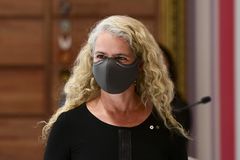 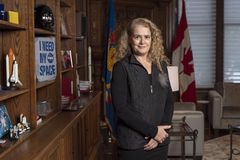 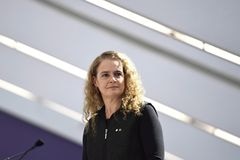