Prime Minister Justin Trudeau said on Thursday that a disproportionate number of Indigenous peoples are subject to the use of force by police services including the RCMP as he promised “strong, bold” actions to address systemic racism in policing and elsewhere.

At his daily news briefing in Ottawa, Mr. Trudeau said data suggest Indigenous peoples are at a greater risk of being mistreated or experience greater use of force by police across the country.

In November, The Globe and Mail reported that more than one-third of the people shot to death by RCMP officers over a 10-year period were Indigenous, according to a document from the force.

A December, 2017, briefing note written for then-public safety minister Ralph Goodale said officers fatally shot 61 people across Canada between 2007 and 2017. In 22 of those cases, the memo said, the individual was Indigenous.

Mr. Trudeau said Thursday there is a “clear and vivid illustration of systemic racism, systemic discrimination that exists within our country and across a range of institutions.”

“We need to work hard to address this, to change the protocols,” he said.

The Prime Minister also said the issue has been the subject of discussion with RCMP Commissioner Brenda Lucki.

NDP Leader Jagmeet Singh told The Globe and Mail on Thursday there have been recent examples of the RCMP’s degree of force but the response by the Liberal government has been wholly inadequate.

Mr. Singh pointed to examples including a March incident involving Athabasca Chipewyan First Nation Chief Allan Adam who alleges he was beaten by the RCMP over an expired licence plate.

Mr. Singh also cited the case of an Inuk man who was hit with the door of an officer’s vehicle in Nunavut and recent police shootings resulting in death.

“All of this cries out for a review of the use of force,” he said. “This is fully within federal responsibility.”

The calls follow an interview last week when she said she struggled with the application of the term systemic racism and did not believe it existed in the RCMP. On Friday, Commissioner Lucki issued a statement to clarify she does believe it is exists within the RCMP.

On Wednesday, the Mr. Fiddler also sent a letter to the Prime Minister this week to call for an independent review of the RCMP and its use of force.

“I am also calling on you to immediately launch a comprehensive, independent, and transparent investigation into systemic racism – and the use of force against Indigenous people – in the RCMP. The widespread and pervasive nature of this problem demands a large-scale investigation.”

When asked about whether his government would launch an investigation on Thursday, Mr. Trudeau said his government will move ahead on concrete actions to address systemic racism including within the justice system and policing.

He also said the federal government would ensure there are greater economic opportunities and community supports to help counter discrimination experienced by too many racialized Canadians and Indigenous peoples.

Assembly of First Nations National Chief Perry Bellegarde also called on the RCMP this week to institute a zero-tolerance policy for excessive use of force.

“A lot of our people are getting hurt and/or killed at the hands of police,” he said. “Police are there to protect and serve, not assault and kill.” 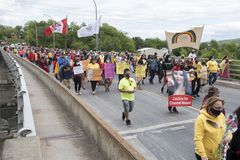 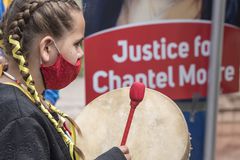 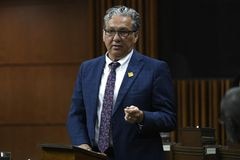