Justin Trudeau says his party will push for remote voting for MPs when the House of Commons resumes next week after positive COVID-19 cases by political staff required Conservative Leader Erin O’Toole and the entire Bloc Québécois caucus to enter precautionary quarantine.

The cases affecting politicians raise more questions about how Parliament will function during the pandemic. The Liberals are pushing for a hybrid model that would allow MPs to participate in debates and to vote remotely. Earlier this year, the House of Commons allowed MPs to participate remotely in debates in the Chamber, but voting was limited to MPs who attended in person.

The Prime Minister said that the fact that the entire Bloc caucus went into self-isolation this week underscores the need for continued hybrid sittings and new measures that will allow for remote voting during the pandemic.

“People need to be listening to the best recommendations of public health, which obviously means having 338 MPs converge on Ottawa from every corner of the country is probably not what we’d want to see from our leadership in this country. So we’re going to move forward with a hybrid situation," he said.

The Prime Minister’s news conference took place after a morning cabinet meeting in Ottawa, where ministers have been gathering behind closed doors since Monday to plan the government’s fall agenda.

The parties have not yet reached agreement on the rules that will govern Parliament this fall. Liberal House Leader Pablo Rodriguez said he hopes to get unanimous consent for the voting rule changes but if that doesn’t happen then the government will pass the changes with a simple majority, which would require some opposition support.

The House of Commons is scheduled to resume sitting on Sept. 23 with a Speech from the Throne, which will provide an overview of the government’s plans.

It has been just more than nine months since the Liberals released a Throne Speech on Dec. 5, which promised aggressive action on climate change, affordable housing, pharmacare and reconciliation with Canada’s Indigenous peoples.

But Mr. Trudeau announced last month that he was proroguing Parliament in order to lay out a new agenda in light of the health and economic shocks created by the coronavirus pandemic. The House of Commons will hold a confidence vote at some point on the Throne Speech, which could trigger an election if the government fails to secure the support of at least one of the three largest opposition parties.

During the news conference, Mr. Trudeau appeared to be making the case for a fall campaign. He pointed to the fact that New Brunswick was able to hold an election despite the constraints of the pandemic. A reporter put it to the Prime Minister that it sounded as though he would welcome an election.

“I do not want an election," he replied, but added that federal agencies could manage one if necessary. "If there has to be an election we’ll figure it out. "

The Conservative Party has said it is not looking for an election and wants Parliament to resume in order to hold the government accountable, including through the resumption of committee investigations in the government’s handling of its contribution agreement with the WE organization over a since-abandoned student volunteer program.

The House is choosing indoor gathering limits based on room size and the ability to distance. Mr. Rodriguez said that means as many as 86 people could be in the Chamber at one time, but he said the final decision on how many MPs return to the House will be negotiated between the different parties ahead of next week.

The Conservatives are softening their position against remote voting. They previously said voting should happen ”in person,” but spokesperson Chelsea Tucker said Wednesday they want to accommodate MPs who wish to participate virtually but ”we continue to strongly disagree with the Liberal plan for app-based voting.”

Given the safety concerns, the NDP said the Liberals should have started discussions on how to safely convene Parliament long ago. “We could have had this all squared away so we could get to work right away,” NDP Leader Jagmeet Singh said in a statement.

Mr. Singh also played down the significance of the Throne Speech this week, stating it could amount to empty words. He said his party will be more interested in whether promises are followed up with concrete action such as in a budget.

When Mr. Trudeau prorogued Parliament last month to set the stage for a Throne Speech, he and his ministers spoke about the need for an environmentally-focused recovery plan. Yet this week, Liberal ministers appeared to be playing down the climate change message.

When asked if anything had changed, Mr. Trudeau said dealing with the immediate response to the pandemic is “job one” and that the government needs to address “gaps in our social safety net” that were exposed during the crisis.

“And as we reflect on how to restart the economy, how to create good jobs for now and into the future, obviously the green sector and newer jobs and innovation and clean tech are going to be an essential part of building back better and building a stronger future. And these are all things we’re going to be addressing with the level of ambition that Canadians expect," he said. 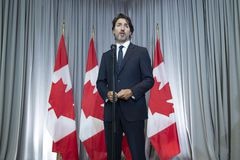 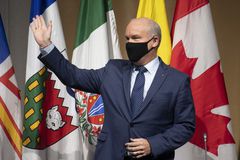 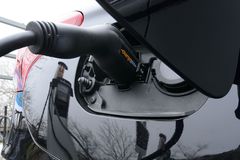