The committee on un-Canadian activities has convened somewhere in a corner of the PMO’s communications office, and they’ve found certain Conservatives to be suspiciously disloyal.

Not just disloyal to them, but to the nation, and for the unforgivable offence of meeting Americans without a minder.

This is the Liberals preparing to fire at any opponent who dares to break ranks to criticize them as NAFTA talks drag on.

The first alleged transgressor was former prime minister Stephen Harper, who visited the White House without sufficient warning to the current government. Liberals whispered about it suspiciously, and got a reaction: Quite a few folks who don’t like Mr. Harper vented on social media that he was undermining Canada.

The latest miscreant, in the eyes of the Liberal government, is Edmonton West MP Kelly McCauley, who, as The Globe and Mail’s Laura Stone reported, went to Washington for a whistle-blowers’ conference and also set up meetings with the U.S. Small Business Administration and James Geurts, assistant secretary of the U.S. Navy for research, development and acquisition.

Mr. McCauley told the Canadian embassy in Washington about his plans, but didn’t take a diplomat to the meetings – an omission which Marc Garneau, Transport Minister and chair of the cabinet committee on U.S. relations, blasted as a disloyal deviation from Team Canada and obstruction of national objectives. No MP, Mr. Garneau said in a statement, should “freelance meetings with Pentagon.”

Forget for a moment that Mr. McCauley said the embassy told him he wasn’t required to have a diplomat accompany him, and he didn’t bother because the meetings would be dull routine and, in a normal world, nobody would care. (Mr. McCauley is on the Commons committee that reviews government spending.)

It’s more relevant that a rookie backbench MP who has never served in government doesn’t have any conceivable capacity to undermine Canada by talking to the U.S. Navy. He doesn’t have the blueprints for a top-secret submarine plying Alberta waters. And he’s not in a position to obstruct Canada’s NAFTA negotiating strategy.

It was a little different, perhaps, when Mr. Harper went to the White House to meet national security adviser John Bolton and economic adviser Larry Kudlow. Mr. Harper is a private citizen, but also a former PM. But it’s preposterous to think he’s helping Donald Trump build a protectionist wall. One can imagine he’d be happy to troll Mr. Trudeau, or that he’d disagree with the PM’s position on say, Iran, in a conversation with Mr. Bolton, who shares his views on that topic. But undermining Canada-U.S. free trade? No.

Mr. Trudeau’s government sees U.S. relations getting tougher, and as pressure rises, they want to make it harder for the opposition to criticize their handling of NAFTA talks – by spreading the notion their critics are undermining Canada.

Conservative Leader Andrew Scheer accused the Liberals of attacking Mr. McCauley to squeeze political gain from stalled NAFTA talks. But the real advantage for the Liberals is in making their opponents fear they will pay, politically, if they deviate from the government line.

The Liberals' criticism of Mr. McCauley’s meeting is ironic because they once called on all players – unions, CEOs, mayors, premiers and political opponents – to lobby American counterparts on NAFTA. That effort has been influential. Now Mr. McCauley’s unsupervised chat is deemed disloyal.

In the early days of Mr. Trump’s presidency, Mr. Trudeau’s team made NAFTA talks a bigger-than-partisan cause, asking former PM Brian Mulroney for advice and recruiting Tories like former interim Conservative Leader Rona Ambrose to an advisory committee. When Mr. Trump attacked Mr. Trudeau at the G7 summit in June, Mr. Scheer and several other prominent Conservatives closed ranks. Mr. Trudeau made a show of thanking them for their solidarity.

But many Tories are itching to criticize – not the Canadian position, but the way Mr. Trudeau has handled negotiations. Some are starting to suggest the PM should have wrapped up a quick deal with Mr. Trump, but didn’t. And while there’s no solid evidence Mr. Trudeau’s missed such an opportunity, it’s not high treason to question the way he did things. In Mr. McCauley’s case, the Liberals showed they are too eager to judge their opponents as disloyal.

Scheer fires back at Liberals for ‘pathetic’ attack on Tory MP over NAFTA
August 4, 2018 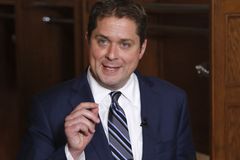 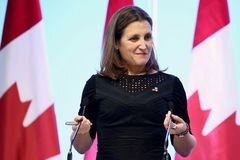 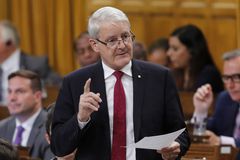