The Trudeau government’s trip to this year’s exclusive gathering of global elites in Davos cost taxpayers almost $700,000, with tens of thousands of dollars for pricey accommodations in the swanky Swiss resort, newly released documents show.

The total cost of the three-day trip in January to the World Economic Forum in Switzerland was $678,000, most of that for hotels, office and room rentals and transportation, according to figures recently tabled in Parliament.

The cost of flying Prime Minister Justin Trudeau and his delegation on a government jet from Ottawa to Zurich was almost $200,000, the documents said. The RCMP requires prime ministers to fly on government aircraft for security reasons.

Not all amounts associated with the trip have been publicly reported yet.

Opposition MPs questioned whether the trip produced tangible results for Canadian taxpayers who are worried about their pensions, student debt or dental care.

“Davos is such a symbol of the superpowerful hanging with the super powerful, to no discernible benefit to ordinary people,” NDP ethics critic Charlie Angus said. “So spending that much money is really not justifiable.”

Mr. Trudeau gave a keynote speech, saying Canada will not slash taxes and regulatory red tape to compete with the United States under President Donald Trump, and calling on corporate executives to put workers before profits.

Mr. Trudeau also met with business executives, including the chief executives of Coca-Cola, Microsoft and IBM, and participated in a panel discussion with activist Malala Yousafzai.

Conservative foreign-affairs critic Erin O’Toole said Mr. Trudeau never seems to get jobs for Canadians out of the trips.

“The [Prime Minister] and some of his lead ministers going to Davos to lecture people and to pontificate hasn’t led to anything,” Mr. O’Toole said. “I can’t tell you what the Trudeau strategy is to create jobs and to gain investments from these trips.”

The Prime Minister’s Office defended the trip, pointing to investments made after Mr. Trudeau’s meetings with business and world leaders.

“The recent visit to the World Economic Forum in Davos provided an invaluable platform for the Prime Minister to promote Canadian interests and Canadian values on the world stage,” spokeswoman Eleanore Catenaro said in an e-mail.

Ms. Catenaro said the trip delivered investments such as $500-million from UPS to create 1,000 jobs; $400-million in 5G technology to create 4,000 jobs; and $2-billion over five years from tech company Salesforce.

According to the documents, Global Affairs Canada spent $422,804 on hotels, office and room rentals and telecommunications.

Although most of the accommodation costs were paid between June and December, 2017, Adam Austen, a spokesman for Ms. Freeland, said the usual practice for major international summits is to reserve and pay deposits months ahead to secure availability during the summit.

Mr. Austen said the minister had “several important dialogues and discussions,” including meeting with the European commissioner for trade, U.S. trade representative Robert Lighthizer and the South Korean trade minister.

The Prime Minister’s Office said this year’s costs are in line with those of previous governments, including when former prime minister Stephen Harper attended the forum in 2012.

Sajjan outflew colleagues on government jets, racking up more than $670,000 in costs
January 2, 2018 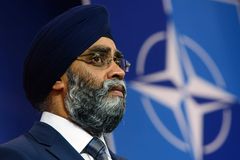 Trudeau should reimburse cost of his Bahamas trip to taxpayers, opposition says
December 21, 2017 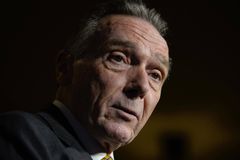