Call me crazy, but I don’t want the Prime Minister of the country cooling his heels in a hotel, with RCMP officers patrolling the halls, for a couple of days next week.

That is Prime Minister Justin Trudeau’s symbolic penance for a symbolic policy, a mandatory quarantine in a hotel for up to three days – a policy that should have been cancelled by now.

It’s true there is an amusing serendipity when prime ministers get caught on their own symbolism, and since everyone else who travels is supposed to be holed up in a hotel after their return, well, Mr. Trudeau has to perform the ritual when he returns from this weekend’s Group of Seven summit in England.

Maybe it is worth a giggle that he will have to go into hotel quarantine two weeks after Health Canada’s Expert Advisory Panel recommended it be scrapped, in part because the incubation period for COVID-19 is longer than the hotel stays.

But still, the PM has a country to run, doesn’t he? Sure, he can hold virtual meetings while ordering Caesar salads from room service, but it can’t be the best way. And sure, the Prime Minister will probably get test results a lot faster than an ordinary person, and if it is negative, be able to go home pretty quick. Even so, doesn’t he have a better way to spend his time? Doesn’t everyone?

Even the symbolism is wrong. Mr. Trudeau is making his first trip abroad in more than a year to talk to foreign leaders at the G7 summit. The agenda includes talks about reopening travel for vaccinated people and getting folks in developing countries vaccinated so the world can reopen. The symbols should be about replacing blanket restrictions with smart and safe reopening.

On Thursday, Mr. Trudeau suggested that transition is coming, indicating the government is looking at ways to gradually reopen the U.S. border for travel by fully vaccinated people – as recommended by U.S. and Canadian experts – perhaps starting June 21, when Canada-U.S. border restrictions are up for renewal.

You’d think there’d be a lot more details worked out by now.

And you would think Step 1 in smarter border restrictions would be getting rid of dumb ones, notably the hotel quarantine.

The hotel stays at a cost of up to $2,000 were imposed as a pantomime signal to dissuade people from flying in and out for non-essential reasons. But even if you accept the case for sending that blunt signal a few months ago, there isn’t a case for it now.

In May, the Health Canada Expert Advisory Panel suggested scrapping the hotel quarantine, even for people who aren’t vaccinated. Why? Because it is not a very good way to reduce transmission.

Predeparture testing is useful, but the incubation period for COVID-19 is longer than the hotel stays, and once people leave the hotel with a negative test, they often won’t comply with self-quarantine rules, the panel concluded. The experts suggested arriving travellers might actually be more likely to self-quarantine properly if they were at home from the beginning, knowing they would be tested after seven days.

Chrystia Freeland, the Finance Minister and Deputy Prime Minister, had to go to a quarantine hotel this week after the G7 finance ministers had a meeting of their own in London. She stayed one night before she got a negative test and went home.

Next week, it’s Mr. Trudeau’s turn at performance art, when the leader of the Canadian government holes up in an Ottawa hotel room so that we all know the Prime Minister is dutifully doing what must be done like everyone else even if it’s not all that useful.

There would be an outcry if he didn’t do the hotel quarantine, of course. But we’d all be better off if the Prime Minister had scrapped the hotel quarantine two weeks ago, and chosen a different set of symbols for this trip. That way he could have quarantined at home and declared his test results after a week.

It would even be better – although political suicide – if he jumped the vaccination queue to get his second shot. At least the symbol would be about what it really takes to get international travel moving safely again. There are real things to do, so we’d be better off without the performance. 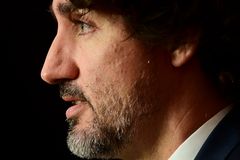 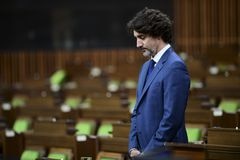 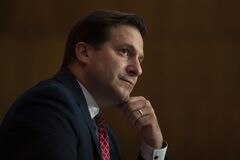