Do you favour activist progressive government? Well you’re about to get one whether you like it or not.

Such an agenda will lead to deficits until the cows come home. But Liberals no longer care about deficits, and the federal NDP and Bloc never did. We’re going to party like it’s 1972.

That was the year when Pierre Trudeau’s Liberals were reduced from majority to minority government, dependent for survival on David Lewis’s NDP. To earn their support, the Liberals increased pension benefits, exempted hundreds of thousands of people from paying income tax and created Petro-Canada. Progressives look back on the period fondly. And all that spending helped secure a Liberal majority in the 1974 election.

This is also when a federal budget surplus turned into a deficit, one that deepened with the passing years, lasting into the early 1990s. Ending those deficits led to shortages of doctors, swollen class sizes and crumbling bridges. But anyone in their mid-40s or younger will have little or no memory of the pain Canadians endured in the mid-1990s, as the federal and provincial governments brought their deficits under control.

Today, just as in 1972, the Liberals must spend to survive. As well, they know that the route to obtaining a majority in the next election lies through picking up seats in Ontario and Quebec – the West is a writeoff – and the best way to win those seats is by spending.

One big-ticket priority will be fighting and adapting to climate change. This will include a $3-billion annual increase in funding for public transit; a program to plant two billion trees over 10 years; thousands of new charging stations for electric vehicles; increased financial incentives to purchase such vehicles; loans and grants to make homes more energy efficient; and a national flood-insurance program.

The Liberals are committed to major investments to improve the quality of life for Indigenous people in Canada, including major infrastructure investments. They are also promising more generous student grants and loans; financial support for first-time home buyers; almost-universal high-speed internet access by 2026; and a fixed link between Newfoundland and Labrador.

There will be low-cost progressive actions as well, such as imposing further restrictions on gun ownership, protecting Indigenous languages and requiring increased Canadian content from all providers, “including internet giants,” or so the campaign platform says.

But the biggest, and trickiest, new priority will be pharmacare. A report prepared for the Liberal government recommends replacing the existing patchwork with a universal public plan. But just as in the United States with health care, most Canadians who already have a drug plan through their employer won’t want to give it up.

Instead, the Liberals may move toward a plan that supports uninsured workers, such as the self-employed or those working for employers who can’t afford insurance. The NDP will say that’s not enough and the Bloc will warn against any encroachment of provincial control over health care. We’re going to be talking about pharmacare a lot in the months ahead.

All this is what the Liberals were promising before and during the election campaign, accompanied by annual deficits above $20-billion. But with every budget, and every bill, the other progressive parties will be calling for more, bigger, bolder, broader, as a condition of their support. Mr. Trudeau will aim to please.

The Conservatives will, of course, condemn all this. But until the party figures out its priorities and the future of its leader, nobody will be listening.

Could anything derail this high-cost progressive agenda? Yes. A recession would force the government to retrench. And a major scandal could leave all three main opposition parties with no choice but to bring down the government.

Short of that, the Liberals know the more they spend the more support they will have in Parliament, and the greater will be their chances of a majority government next time out.

It will all end in tears, of course. Debt-fuelled spending always does. But that will be for another government, in another day. 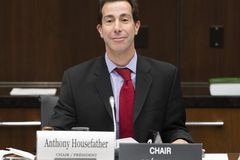 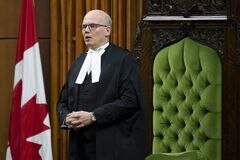 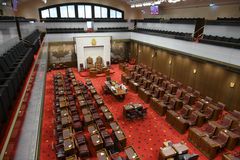