The federal government says it won’t make changes to its environmental-assessment legislation for major infrastructure projects, but it is open to suggestions on how to implement the new review process.

The Impact Assessment Act sets out new rules for approving big projects such as pipelines, mines and offshore wind projects, and has become a lightning rod for opponents and proponents of the oil patch.

Mr. Scheer and Mr. Moe each had meetings with the Prime Minister in Ottawa on Tuesday. Saskatchewan’s leader was critical of Mr. Trudeau’s response to his requests, and late Tuesday night, the Prime Minister’s Office issued a statement on the meeting, characterizing it differently.

Part of it said that Mr. Trudeau had invited "suggestions for improvements to the Impact Assessment Act.”

His spokeswoman, Eleanore Catenaro, clarified Wednesday that the statement doesn’t mean the legislation will be reopened, but rather that the government will consult on implementation.

The suggestions will inform the "operational policies and guidelines that have yet to be developed,” Ms. Catenaro said in an e-mail.

Mr. Moe’s spokesman, Jim Billington, said the Prime Minister “did not characterize what possible changes could look like.” He said an example of one the province wants is the removal of “arbitrary” ministerial discretion on which projects will be subject to the federal review.

“It’s status quo," chief executive officer and president Tim McMillan said Wednesday. The association has been highly critical of the legislation, but Mr. McMillan said it’s committed to ensuring implementation is done “as effectively as possible.”

The lack of clarity from the first statement from Mr. Trudeau’s office led some, including Mr. McMillan, to think the Liberals would open up the legislation.

“You can’t fix flawed legislation with regulation," he said. For example, he said the bill allows for “multiple points of delay” from people who want to “inappropriately” challenge projects in court.

Independent Alberta Senator Paula Simons noted that the Liberals “substantively” amended the bill, based on suggestions from the Senate, even though some amendments that she had hoped for were rejected. Ms. Simons said she thinks that while the transition to the new system might be difficult, it could result in a better review process.

“C-69, if implemented the way I hope it will be, should in the long run be better for project proponents and investors than the old system," she said.

Ms. Simons issued cautions about the “unhelpful” rhetoric from groups on both sides of the debate: those making Albertans the “bad guys” and those “exaggerating” the negative impact of Bill C-69.

The debate around Bill C-69 comes down to trust, according to University of Calgary associate law professor Martin Olszynski, who noted that opponents raised concerns about elements of the federal act that they don’t take issue with at the provincial level.

“When you look at the provincial regimes, industry trusts that they will be implemented in a way that works for them, but they don’t have that same trust federally," Prof. Olszynski said.

He also said that some requested amendments to the bill were unrealistic. For example, the request to reverse federal paramountcy and allow provincial laws to trump federal laws. However, Prof. Olszynski said consulting on implementation could still allay concerns, such as defining the extent to which the public can participate in the process.

Sabrina Kim, Environment Minister Catherine McKenna’s spokeswoman, said the government is open to advice on implementing the legislation to “protect the environment [and] ensure proper Indigenous consultation, while getting good projects built.” 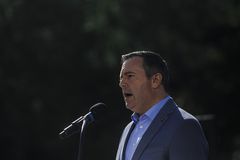 Lexpert: The legislative changes and uncertainty on the environmental assessment front Subscriber content 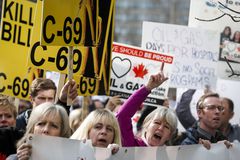