Prime Minister Justin Trudeau and senior officials in his office have retained outside legal counsel to advise them as the federal Ethics Commissioner probes allegations of political interference in the criminal prosecution of SNC-Lavalin Group Inc.

Mr. Trudeau’s communications director, Cameron Ahmad, told The Globe and Mail on Friday that Treasury Board rules allow for hiring of outside counsel when government officials are either sued, threatened with a suit, charged with an offence or under threat of being named in a legal action.

“As per the Treasury Board Policy on Legal Assistance and Indemnification, counsel has been retained to advise on the matter in question,” Mr. Ahmad said in an e-mail.

Mr. Ahmad would not provide further details or reveal the names of the law firms retained by Mr. Trudeau and staff in the Prime Minister’s Office. He also declined to say whether the lawyers are helping the Prime Minister and staff in relation to Conservative Leader Andrew Scheer’s formal request last month for an RCMP investigation into the SNC-Lavalin affair.

Ethics Commissioner Mario Dion’s office announced in February it had begun a probe into whether Mr. Trudeau broke federal ethics laws. At the time, Mr. Dion said he has “reason to believe that a possible contravention” of the Conflict of Interest Act had occurred.

The outside legal counsel has also been helping Mr. Trudeau and staff with regard to the restraints lifted from former attorney-general Jody Wilson-Raybould so she could testify at the Commons justice committee without breaching cabinet confidences or solicitor-client privilege.

A senior government official, who was not authorized to speak publicly about the matter, said an outside law firm has been hired to represent Mr. Trudeau, and another law firm will handle staff in the Prime Minister’s Office.

Ms. Wilson-Raybould has said the three individuals, along with former principal secretary Gerald Butts and Privy Council Clerk Michael Wernick as well as the Prime Minister, put repeated pressure on her to negotiate a deferred prosecution agreement with SNC-Lavalin.

Mr. Wernick, the country’s top bureaucrat, told the House of Commons justice committee last week that he had “retained personal counsel because of Mr. Scheer’s letter to the RCMP.”

The RCMP has said it is reviewing Mr. Scheer’s letter and added in a statement Friday that it “generally does not confirm or deny if an investigation is under way unless criminal charges are laid.”

The Conservative Leader wrote to RCMP Commissioner Brenda Lucki on Feb. 28 to request a criminal investigation into the Liberal government’s efforts to help the Quebec-based engineering and construction giant, which is facing bribery and fraud charges related to allegedly corrupt dealings in Libya.

SNC-Lavalin faces one charge of bribery under the Corruption of Foreign Public Officials Act (CFPOA) and one charge of fraud under the Criminal Code. It is alleged that SNC paid millions of dollars in bribes to public officials in Libya between 2001 and 2011 to secure government contracts.

Mr. Scheer cited sections of the Criminal Code related to provoking fear in an attorney-general and obstructing or defeating the course of justice.

According to the Criminal Code, obstructing justice covers "everyone who willfully attempts in any manner … to obstruct, pervert or defeat the course of justice."

“She confirmed veiled threats of consequences if she did not bend to the political wishes of the Liberal Party and the financial interests of the shareholders of SNC-Lavalin. It was also clear that these actions rose to the highest ranks of the government,” Mr. Scheer wrote on Feb. 28. “I urge you to ensure that you use all resources at your disposal to fully and fairly investigate any potential criminal activity."

Mr. Scheer sent the letter to the RCMP Commissioner the day after Ms. Wilson-Raybould told the House of Commons justice committee that she faced “consistent and sustained” political pressure from the Prime Minister and top officials in his office to override the decision of the director of Public Prosecution, Kathleen Roussel, to proceed with a criminal trial of the company.

While clearly upset by her government's handling of the SNC-Lavalin file, Ms. Wilson-Raybould, who is a former prosecutor, testified that she did not believe something criminal occurred.

Mary Ellen Turpel-Lafond, a former Saskatchewan judge who now teaches at the Allard School of Law at the University of British Columbia, said the government “absolutely” has a reason to be concerned about criminal charges – whether obstruction of justice, or an attempt to obstruct justice.

“Apparently Ms. Wilson-Raybould did not relent,” she said in an interview. “But an attempt is also an offence.”

She cited the testimony of Ms. Wilson-Raybould, about a conversation she had with Mr. Wernick on Dec. 19, in which he told her the Prime Minister had no intention of relenting on the matter, as evidence of an attempt to obstruct justice.

When outside counsel are hired, Ms. Turpel-Lafond said, “it’s usually around what do you voluntarily share and what do you not share? And that’s a tough line when you’re the Prime Minister’s Office. It’s not like a situation where you’re raiding the Hells Angels’ drug house and you’ve got 16 lawyers fighting a warrant. You should say, ‘Please do come.’”

While Ms. Wilson-Raybould said in testimony at the Commons justice committee that she did not believe a criminal offence had been committed, “She’s not the police, prosecutions and court. And she might have got bunkered in her own role,” ​Ms. Turpel-Lafond said.

Ms. Wilson-Raybould testified the Prime Minister and his advisers raised concerns about possible job losses and political ramifications in Quebec in their conversations with her between September and December, 2018. In January, Ms. Wilson-Raybould was demoted to Minister of Veterans Affairs and replaced at Justice by Montreal MP David Lametti, who has not ruled out an out-of-court settlement for SNC-Lavalin.

The Prime Minister and Mr. Wernick have said Ms. Wilson-Raybould was not subjected to inappropriate pressure, while Mr. Butts said her demotion was unrelated to the SNC-Lavalin matter.

The Globe reported on Feb. 7 that Ms. Wilson-Raybould rejected repeated attempts by Mr. Trudeau and senior officials to settle out of court with SNC-Lavalin. Since then, she resigned from cabinet and Mr. Butts stepped down. Cabinet minister Jane Philpott subsequently also resigned, saying she lacked confidence in the Prime Minister for the way he has handled the matter.

Ethics Commissioner Mario Dion has launched an inquiry and the House justice committee held hearings in which it heard from Ms. Wilson-Raybould, Mr. Butts and Mr. Wernick.

The justice committee will also meet again Tuesday – the day of the federal budget – to decide whether it will call further witnesses, but Liberal MP Francis Drouin has said there is no need to hear again from Ms. Wilson-Raybould.

Wilson-Raybould says SNC-Lavalin affair a ‘wake-up call’ that has inspired her to push for reform
March 15, 2019 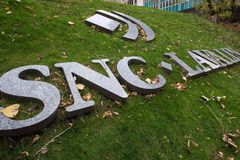