The federal government is planning stronger measures to deal with a looming influx of people arriving from the United States, a clear sign Canada is bracing for the realities of life after lockdown while living next door to the world’s largest COVID-19 hotspot.

The gradual reopening of businesses and easing of mobility restrictions in both countries will likely mean an increase in cross-border traffic, and with it the need for additional steps to ensure new arrivals are adhering to self-isolation protocols, Prime Minister Justin Trudeau said Tuesday.

“We are looking at stronger measures to make sure that we’re following up appropriately on people who come over,” Trudeau said during his daily briefing outside his Rideau Cottage residence.

“As economic activity starts to ramp up, as restrictions get loosened across countries, it is likely that we see either a few more people returning home or a few more people trying to cross the border, and we need to make sure that the measures we bring forward are going to keep Canadians safe.”

The mutual bilateral ban on non-essential travel, an agreement that initially went into effect in March and was extended by an additional 30 days last month, is now scheduled to expire May 21. Trudeau would not say whether he expects the restrictions to be extended a second time.

Provincial leaders, in particular Ontario’s Doug Ford, have made it clear they don’t want visitors from the U.S., currently home to more than a million active cases of COVID-19. To date, the disease has killed more than 82,000 Americans, the highest death toll in any single country.

President Donald Trump, meanwhile – trying to get re-elected in November on the heels of the worst economic collapse since the Great Depression – has been aggressively lobbying states to get residents back to work and refire the country’s economic engines.

The government’s recent rhetoric on the border, combined with a rare public acknowledgment Tuesday from the U.S. State Department of the continuing co-operation across North America, suggests the ongoing talks may have moved into a new phase.

“The United States appreciates Canada’s close and constant co-operation regarding the management of the border during this unprecedented crisis,” acting U.S. ambassador to Canada Richard Mills said in an unsolicited statement Tuesday.

Deputy Secretary of State Stephen Biegun has been hosting weekly calls with his Canadian and Mexican counterparts since March 19 “to share best practices in responding to the unique and complex challenges presented by the global pandemic and planning for safely reopening our economies and commerce,” the State Department said.

Deciding what to do about the border is not only a matter of assessing the overall threat from the U.S., but also ensuring that the ability to test, track, isolate and quarantine is in place to properly deal with new arrivals, said Dr. Theresa Tam, Canada’s chief public officer of health.

“It is something we will have to watch really carefully so that it is not an issue that’s going to overwhelm our public health capacity,” said Tam, who urged “extreme caution” in deciding when and how to begin lifting travel restrictions.

“We need to be able to see what happens when we ease the domestic public health measures before we can essentially look at the international border easing up,” she said.

“The virus is in essentially all countries and jurisdictions of the world, and they’re all at different stages in their epidemiology, so part of that will be looking at that aspect of what’s going on in the other country.”

In the U.S., public health officials have also been urging a gradual, cautious approach – though whether the advice is being heeded remains an open question. Dr. Anthony Fauci, the pre-eminent U.S. expert on infectious diseases, warned a Senate committee in Washington of the dangers of state governments flouting federal guidelines for restarting the economy.

“The consequences could be really serious,” said Fauci, who testified via video conference from a self-imposed quarantine after a senior aide to Vice-President Mike Pence tested positive for the virus.

“There is a real risk that you will trigger an outbreak that you may not be able to control – which in fact, paradoxically, will set you back, not only leading to some suffering and death that could be avoided, but could even set you back on the road to economic recovery.”

Peter Loewen, a political-science professor at the University of Toronto, said Trump’s recent tendency to grasp at straws, such as by musing about the promise of UV light and disinfectants, suggest he’s feeling “boxed in” by the crisis and willing to take his chances.

“I think he’s in that psychological state where he’s willing to gamble,” Loewen said. “Trump realizes that he’s staring down a large number of deaths, so he’s willing to basically roll the dice.”

Ongoing talks between Canada and the U.S., both on the border as well as other matters of mutual interest, have been positive and constructive, Trudeau said. But whatever the outcome, it will be governed in Canada by an abundance of caution, he added.

“Preventing transmission from outside of Canada into Canada, once we have controlled the spread within Canada, will be an essential part of ensuring that we don’t fall back into a second wave that could be as serious as this wave we’re going through, or even more so,” he said.

“So we’re going to be very, very careful about reopening any international travel, including the United States, before we feel that it is time.”

Families separated by closed U.S.-Canada border long for loved ones
May 11, 2020 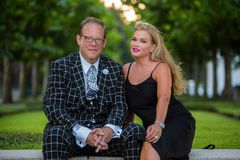 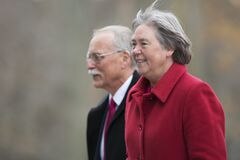 Park pictures are back as Ottawa officials reverse yet another COVID-19 rule
May 10, 2020